The Lagos State Government has vowed to go tough on land grabbers, popularly known as ‘Omonile’ who specialised in seizing people’s properties.

The government also advised all legitimate land and property owners in the State to perfect title documents as well as all other legal documents pertaining to their lands and properties, saying this would help put land grabbers at bay and ensure easy administration of justice in the event that such properties were forcefully taken.

The Coordinator of the Lagos State Special Taskforce on Land Grabbers, Mr. Owolabi Arole who spoke on Monday in Alausa, Lagos, Southwest Nigeria while reviewing the activity report of the Taskforce for first and second quarter of 2019, noted that undocumented and incomplete transactions, as well untidy property documentation made it difficult for property forcefully taken over to be retrieved through legal means.

He said: “a large chunk of the land grabbing cases the taskforce is working is fraught with issues of improper and incomplete legal documentation and such issues causes delay in getting justice for rightful owners of land.

“These issues, however, have not deterred us from carrying out our mandate and getting justice for rightful owners of land from unscrupulous element who forcibly encroach and disposes them of their property.”

He explained that the taskforce had continued to vigorously carry out its mandate to reduce to a barest minimum the activities of persons or corporate entities who used force and intimidation to dispossess or prevent any person or entity from acquiring legitimate interest and possession of property in Lagos State.

Arole noted that the task force had since inauguration received over 1,300 petitions bordering on land grabbing and related issues, treated and concluded 550 cases, made 35 arrest and presently working on 330 petitions.

While urging citizens who were victims of land grabbers whose land had been encroached upon not to take the laws into their hands, the Coordinator advised them to report such incident to the Special Taskforce on Land Grabbers who would take it up and ensure that Justice is done.

Arole warned land grabbers to desist from their illicit trade stressing that the State government will through the task force bring the full wrath of the law on anybody caught for forcibly taking another person’s land.

“State government through the Lagos State Properties Protection Law 2016 set up this task force in realisation that the activities of land grabbers over ‎the years have caused havoc and unrest in different parts of the state, stifling commercial activities and preventing prospective investors from carrying business activities in Lagos.

“The law prohibits forceful entry and illegal occupation of landed properties, violent and fraudulent conducts in relation to Landed Properties in Lagos State and connected purposes”, he said.

He vowed that his task force would within the confines of the Lagos State Property Protection law descend on land grabbers and ensure a stop to their illicit trade.

The Lagos State Government has directed the Association of Waste Managers of Nigeria (AWAM), otherwise known as PSP…
byTayo Aderinola 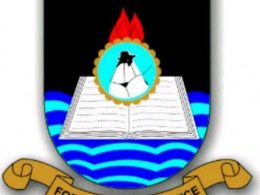 The Lagos Government has assured all stakeholders that the appointment of the next Vice-Chancellor for Lagos State University, LASU, will be based on due process and merit.
byLateef Idris 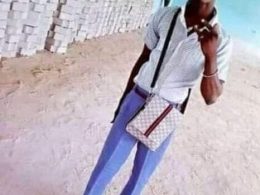 An SS3 student was shot dead during a clash between security operatives of the Joint Border Patrol Team (JBPT) and suspected rice smugglers at Irosu village near Badagry on Saturday.
byTayo Aderinola