Bank-Olemoh speaking at the event

The Lagos State Government has unveiled an initiative aimed at improving the reading culture among residents of the State.

Known as “LagosReads,” the initiative will see participants who are expected to be registered members of public or private libraries, including that of schools, literary societies and similar organisations compete for handsome prizes.

Addressing newsmen at the event held at the Herbert Macaulay Library, Alagomeji, in Yaba area of the State, the Special Adviser to the Governor on Education, Mr Obafela Bank-Olemoh explained that participants have been grouped into three categories, and competitions would be held bi- month.

“We have the Children’s Category ages5-12, Teens’ Category , 13-19 years old and young Adults 20+. We realised that readers are leaders, so, we want to make reading cool” he said

He said those interested in participating should register their libraries/Book clubs on the website www.lagosreads.com. and mobilize members to read the recommended book within the stipulated periods.

Mr Bank-Olemoh who said the competition would kick-off in the next two weeks with the announcement of selected books for readers, said an online campaign would be run alongside the physical activities to encourage the online community to read via the LagosReads Facebook page where readers would be rewarded weekly.

The Director, Lagos State Library Board, Mr Asimiu Oyadipe pointed out that the initiative would become a new foundation for a good and healthy reading culture.

On her part, Mrs Rachael Odunlade of the Library Association of Nigeria believe that LagosReads would improve the spelling and writing skills among youths.

The Head, National Library of Nigeria, Mrs Obianuju Onuorah who lauded the initiative described it as the right approach to revive the culture of reading which has been dwindling for many years now.

During the event, members of the Committee that would run about three editions of the competitions were unveiled, while a publisher, Mr Kindle Kasumu and the title holder of the Guinness World Longest Reading Marathon, Bayode Treasures- Olawunmi were also unveiled as ambassadors of LagosReads.

In the adult category, winners will go home with N200,000 and some other prizes, the teens category will get modern gadgets valued at N200,000, while winners in the children category would go home with N70,000. 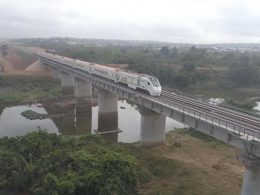 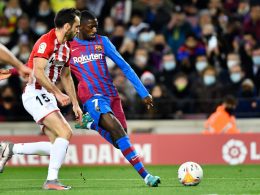