The Lagos Traffic Radio 96.1 FM has concluded plans to introduce two new programmes “B’ose n lo n’ipinle Eko” and “Talk Time” from September to enlighten the public on the developments in Lagos State and for the listening pleasure of all residents.

A statement signed by the Ag. General Manager, Lagos Traffic Radio, Mr. Tayo Akanle revealed that one of the programmes, “B’o Se N’lo N’Ipinle Eko” is a ten-minute Yoruba language programme aimed at highlighting the activities of the Governor Ambode-led administration, especially ongoing programmes and projects.

The release disclosed that the programme would bring Lagosians up to speed with major developmental strides of the present administration since inception and aired on Mondays and Fridays by 3 pm.

“The programme will involve a detailed analysis of the State government’s activities beyond the headlines. This is necessary, in view of the fact that so many projects embarked upon by the present administration and aimed at bringing governance closer to the people only get mentioned during news presentations” the statement added.

Akanle emphasised that the new programme is designed to bridge the gap between the government and the governed by ensuring that these programmes and projects get the maximum publicity they deserved.

The second programme – “Talk Time” – being introduced by the broadcast station, is an interactive programme that focuses primarily on socio-economic discuss that will engender feedback on State government activities across Lagos.

The statement urged members of the public to tune to 96.1FM every Saturday morning between 8 and 9 o’clock to listen to the programme.

An educationist, Mr Adedeji Matthew, has commended the Lagos State Government for introducing Yoruba language as a compulsory…
byTayo Aderinola
No comments 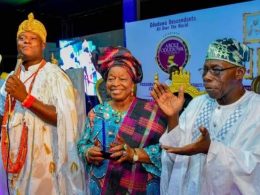 Rising insecurity and agitations for secession by different ethnic groups across Nigeria has attracted the attention of elder statesmen and other national leaders to a meeting in Abuja.,
byTayo Aderinola
15 shares
15
0
0
No comments 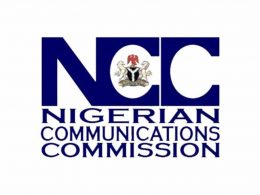 The Nigerian Communications Commission (NCC) says it wishes to alert telecom consumers and members of the public on an ongoing cyber-vulnerability that allows a nearby hacker to unlock vehicles, start their engines wirelessly and make away with the cars.
byTayo Aderinola
No comments