A consultant on Environment, Mr. Taiwo Adewole, has called on the Lagos State Government to open more transfer loading stations to facilitate quick disposal of waste in the state.

Adewole, the Chief Executive Officer of Adewole and Associates, Lagos, made the call on Thursday in Lagos.

He said the two newly inaugurated transfer loading stations (TLS) opened at Odaleke and Agunlejika areas of the state were insufficient to tackle the waste management challenges.

TLS is a building or processing site for waste before they are taken to the engineered landfills where waste materials are buried.

He suggested that more TLS should be provided in all the local government areas to effectively do the job.

“We need at least a TLS per local council and a waste recycling collection centers that will also be managed by the private sector in partnership with the state government.

“Besides, the TLS and waste recycling collection centers will create employment for many youths,” he said.

Adewole advised the government to revisit the PSP/Waste Collector Operatives (WCO) put together by his predecessors by giving them more slots in waste evacuation in the state.

He said Visionscape, the current sole manager of waste might be overwhelmed by the waste situation should the government fail to address the current challenges.

Adewole said waste should be managed before moving it down to the TLS to reduce the congestion at the landfill sites.

“The worst hit is Amuwo Odofin down to Ojo and to Badagry zone of Lagos state where trucks queue daily to tip off their waste at the dumpsite.

“More infrastructures should be in place to manage waste at every local government level in partnership with the PSP, especially during the raining seasons for easy evacuation to the dumpsites to reduce cost,” he said.

The Ministry of Youth and Sports Development has disclaimed a group known as facilitators of Nigerian Youth Investment Fund (NYIF) who charge fees for services linked to the Fund.
byLateef Idris
19 shares
19
0
0
No comments 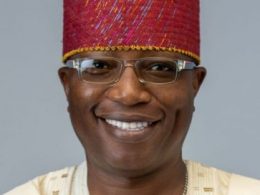 The Lagos State Governor, Mr. Babajide Sanwo-Olu has assured the Association of Lagos State Retired Heads of Service and Permanent Secretaries (ALARHOSPS) of his administration's commitment to supporting the group and making the welfare of its members a priority.
byLateef Idris
31 shares
31
0
0
No comments

The Speaker of the Lagos State House of Assembly (LSHA), Rt. Hon Mudashiru Obasa on Monday, declared that…
byTayo Aderinola
No comments