The suspect and the late husband
Photo: Premiumtimes

The Lagos State Government on Monday said it is ready to arraign Mrs Udeme Odibi, 47, who allegedly stabbed her husband to death and severed his genital in Lekki area of Lagos, Southwest Nigeria, at the State High Court for murder.

Otike Odibi, 50, was murdered at Diamond Estate, Sango-Tedo area of Lekki by his wife in a gruesome manner.

At a news conference on Monday in Alausa, Lagos, the Attorney General and Commissioner for Justice, Adeniji Kazeem said government was concerned about increasing cases of intimate partner violence in the state, leading to murder.

Kazeem said the Directorate of Public Prosecutions, DPP, issued legal advice on the matter, stating that the available facts established a prima facie case of murder contrary to section 223 punishable by death and misconduct with regard to a corpse contrary to section 165 (b) of the Criminal Law of Lagos State 2015 punishable with five years imprisonment against the suspected Udeme.

“Section 165 (b) particularly creates an offence of felony for cutting up or mutilating a human corpse just as we have in the deceased person. Facts available in file reveal that the suspect, subsequent to her stabbing her husband, mutilated his corpse by cutting his genitals, The suspect is therefore to stand trial before the High Court of Lagos for the murder of her husband and mutilation of his corpse.

“The trial of Udeme Odibi will commence as soon as the case is assigned to a court by the Chief Judge. This office will ensure expeditious trial of this matter,” he said.

Kazeem expressed dismay at the rising rate of domestic violence in the state, saying that only last month, a Danish national  allegedly killed his wife and child in Lagos.

“The good citizens of Lagos are enjoined to fulfill their role as compulsory reporters by ensuring that any case of domestic violence is immediately reported to the police, Domestic and Sexual Violence Response Team, DSVRT, or any other relevant authority to avoid unnecessary loss of lives,” he said.

Kazeem warned citizens engaged in any form of domestic violence to henceforth desist from such acts to avoid being brought under the full weight of he law, as government would not tolerate such behaviour “and offenders are hereby warned accordingly.” 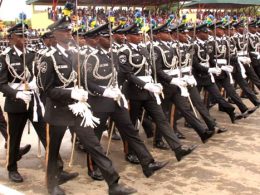 The Police Service Commission (PSC) has said that it remains solely responsible for the recruitment of Police Officers from the rank of Constables to Cadet Inspectors and Cadet ASPs.
byTayo Aderinola
No comments 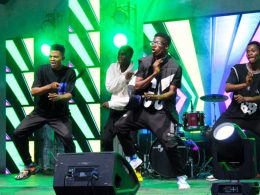 The Executive Chairman of Ojodu LCDA, Hon David Olusegun Odunmbaku said a new dawn has begun as history was made in the LCDA which in conjunction with Yankee Entertainment held the Maiden edition of Ojodu Carnival in grand style.
byTayo Aderinola
No comments 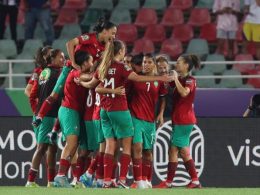 WAFCON 2022 hosts Morocco qualified for the tournament’s semi-finals and became the second African nation to book its place for 2023 FIFA Women’s World Cup following their 2-1 victory against Botswana on Wednesday night.
byLateef Idris
No comments

US Citizen Assaults Nigerian, Breaks Car Key In His Ear

An American, identified as Breedlove Shawn, has been arrested by the Nigeria Police Force for allegedly breaking his…
byTayo Aderinola
No comments