The Lagos State chapter of the Peoples Democratic Party (PDP) on Thursday said it would welcome Gov. Akinwunmi Ambode into its fold if he decided to dump the All Progressives Congress. (APC).

The Publicity Secretary of the party, Mr Taofeek Gani, made the assertion in Lagos.

Gani spoke following reports that Mr Jide Sanwo-Olu, a former Commissioner for Training and Establishments in the state, had been adopted by the APC leaders to succeed Ambode.

The APC chairman in Lagos State, Alhaji Tunde Balogun, had told newsmen on Wednesday that the governorship ticket of the party was open to all aspirants.

The former Commissioner for Works, Dr Obafemi Hamzat, is another aspirant seeking the job of Ambode with Sanwo-Olu.

All the aspirants have since obtained and submitted their nomination forms.

The PDP spokesman said that the party would be glad to receive Ambode into its fold if he decided to leave APC for whatever reason.

Gani said: “Any forward-looking party would not have rejected its main opponent joining it, especially a big personality like Ambode.

“You see PDP is a party for all, so far value will be added. We cannot turn down our opponents, especially a big personality like Ambode.

“Therefore, he is welcome. His joining us will definitely add value and boost our chances to win the state.”

He said the party would accord him all the rights and privileges with the existing members to realise his political ambitions.

Chief Deji Doherty and Mr Jimi Agbaje are among those who have picked the PDP nomination forms for the governorship ticket.

The National Leader of the All Progressives Congress, Asiwaju Bola Ahmed Tinubu has congratulated the Senate President, Senator Ahmed Lawan on the occasion of his 62nd birthday.
byLateef Idris
No comments 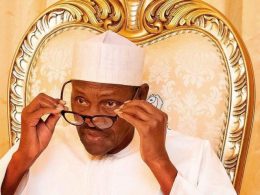 FG’s grazing sites have no place in the constitution — Lawyers

President Muhammadu Buhari, recently reconstituted a committee to review 368 grazing sites across 25 states in the country to determine their level of encroachment. This came despite the fact that all the Southern states, including Benue and a few others are opposed to open grazing, but prefer private ranching.
byTayo Aderinola
No comments 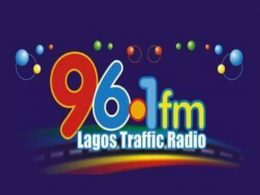 Lagos Traffic Radio 96.1FM has announced that it will partner with Marketing Edge and ETC Media to commemorate the station’s 10th anniversary scheduled to take place on Sunday, 29th May, 2022.
byTayo Aderinola
No comments

The three killers of 22 year-old LASU Student, Favour Daley-Oladele, wasted her for nothing as their money making…
byTayo Aderinola
13 shares
13
0
0
No comments