The Peoples’ Democratic Party chairman in Apapa local council in Lagos was shot Saturday after a meeting between factions of the party ended in violence.

Borishade Adeniyi, who was known as the ‘Doyen of PDP LG Chapter Chairmen in Lagos State,’ was allegedly shot and injured in the leg during the meeting which held at Igbosuku village in Eti-Osa local council.

The injured chieftain was rushed to First Consultant Hospital in Obalende where he died from the gunshot injuries.

Edgal Imohimi, the Lagos State police commissioner, in a statement on Sunday said the victim’s body had been deposited in the hospital’s mortuary.

“Two other persons allegedly injured during the clash, are also receiving treatment in a hospital in Ajah,” Mr Imohimi said.

“The fracas broke out between contending factions of the party; one faction for the State Chairman, Hon. Moshood Adegoke Salvador and the other for the Eti-Osa LG Chapter Chairman, Engr Kehinde Fasasi towards the end of the meeting.”

Mr Imohimi said the Area Commander in-charge of Area ‘J’ Elemoro and his men went to the crime scene where they arrested five suspects who are all chairmen of different chapters. The five suspects have been transferred to the State Criminal Investigation Department in for further investigation.

The police commissioner urged the party leaders in the state to call their supporters to order and put an end to their incessant violence acts in the state.

He further warned that no political party would be allowed to truncate the peace in the state and called on all political parties to disarm their members as nobody without necessary authorisation is permitted to bear firearms.

Apatira felicitates with Tayo Ayinde at 56

The Executive Chairman Itire-Ikate LCDA, Hon Ahmed Olanrewaju Apatira has felicitated with the Chief of Staff to the…
byTayo Aderinola
No comments

Preparations are in top gear ahead of the 31st Edition of the Lagos International Trade Fair, which is…
byTayo Aderinola
No comments 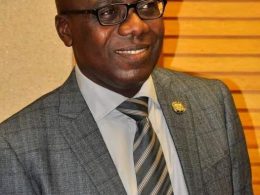