The Lagos State Government has ordered traders, particularly those at Ogba market and its environs to vacate the road or face heavy sanctions, saying no one is permitted to convert the road, road medians, set-backs and walkways markets or street shops.

Commissioner for the Environment, Dr. Babatunde Adejare gave this order during his inspection of enforcement activities at the Abibatu Mogaji Sunday Market, Oluwole mini Market and Ogba Retail Market on Thursday.

Adejare lamented that despite continuous advocacy, enlightenment and appeals from government, some traders were still in the habit of violating the extant environmental laws of the state by causing disorder and serious environmental infractions on the road through their activities.

He stated that the government would not tolerate the disregard of law from any quarters, particularly traders who were fond of converting every available space into market, as such untoward acts needlessly inconvenience other law abiding citizens.

Adejare said that all traders must vacate the roads in order to drastically reduce inconveniences to the people, enhance the sustainability of the environment and protect public infrastructure, which he said were often vandalized by hawkers and street traders, adding that refusal to leave the streets would be met with heavy sanctions.

‘’Our focus is to maintain sanity in our markets, now dotted with all manners of shanties and illegal structures, such as attachments to tenements and containers’’, he said.

He urged owners of street shops to fence them off the road, if they must continue to exist as that was the way to reduce their havoc to the environment, while he enjoined traders in markets in the area to ensure proper sanitation of their markets.

The commissioner warned that if the fence were not erected within a reasonable time, the street shops would be demolished and that tenements harbouring them penalized according to relevant laws in the state.

Responding on behalf of owners of the street shops, the Chairman of Ogba-Oluwole Community Estate Association, Mr Lateef Abass expressed their agreement with the conditions given by the government and pledged to support the environmental policies of government, stressing that it was in the best interest of all to do that.

Nigeria now has 54,008 confirmed cases of the Coronavirus, with 143 new cases recorded on Monday night According…
byTayo Aderinola
No comments 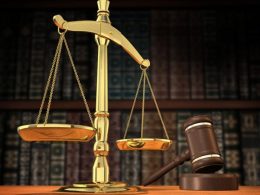 Collins Okechukwu jailed for life for raping student at UNILAG

An Ikeja Domestic Violence and Sexual Offences Court on Tuesday sentenced a man, Collins Okechukwu, to life imprisonment for raping and robbing a 25-year-old student (name withheld) at the University of Lagos.
byLateef Idris
No comments

Chief of Staff to President Muhammadu Buhari, Mr. Abba Kyari has queried the Executive Chairman of the Federal…
byTayo Aderinola
No comments 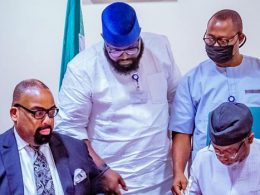 The Speaker of the House of Representatives Rep. Femi Gbajabiamila has underscored the importance of collaboration between public institutions and the private sector.
byLateef Idris
No comments