The Lagos State Government has ordered the closure of all illegal dumpsites across the State, saying it would not hesitate to take over sites used for unauthorized dumping of refuse.

The Special Adviser to the Governor on the Environment, Mr. Babatunde Hunpe gave this order during his sanitation monitoring tour of the State on Monday where he discovered an illegal dumpsite in Anthony area of the State.

He decried the existence of illegal dumpsites in Lagos State, stressing that such unauthorized sites did not only deface the Lagos mega city but also create serious health and environmental hazards to the people.

His words: “we totally condemn the existence of illegal dumpsites in some areas of the State, especially on our wetland areas that have been reserved by nature and which ought to be kept as the state’s natural buffer zones”

He said there was no need for illegal dumpsites in Lagos State, especially with the gradual take-off of the Cleaner Lagos Initiative which is taking concrete steps to upscale facilities in the solid waste management sector of the State.

Hunpe said that for efficient collection and disposal operations, the state government had concessioned three Transfer Loading Stations/Material Recovery Facilities at Agege, Oshodi and Simpson and three Waste Depots at Mushin, Ogudu and Simpson with the aim of rehabilitating, remodeling and retrofitting these facilities to world class standard, while Engineered Sanitary/Engineered Hazardous Landfills were being constructed in different locations across Lagos State under the Build, Finance, Operate and Transfer (BFOT) model.

He said that the administration of Mr. Akinwunmi Ambode had been in the fore front of the campaign for healthy people and cleaner environment, thus encouraging Lagosians to desist from acts that could have negative impacts on the environment.

He urged residents of the State to always handle waste in the most appropriate way, adding that Lagosians must ensure proper bagging of waste and handling of the Cleaner Lagos Initiative waste bins being placed across the State. 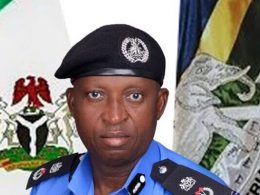 A driver who absconded with his employer’s Lexus SUV three days after he was employed has been sentenced in Lagos to two weeks community service.
byLateef Idris
No comments

Minister of Health, Dr Osagie Ehanire, has revealed that the Italian man, the index case of Coronavirus in…
byTayo Aderinola
30 shares
30
0
0
No comments 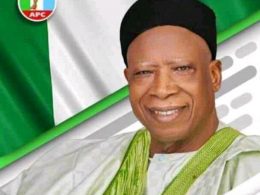 The President of the Senate, Dr Ahmad Lawan, has congratulated the National Chairman of the All Progressives Congress (APC), Sen. Abdullahi Adamu on his 76th birthday anniversary slated for July 23.
byLateef Idris
5 shares
5
0
0
No comments 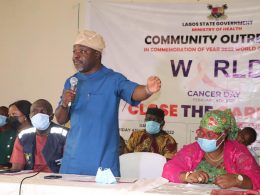