Lagos State Governor, Mr. Akinwunmi Ambode on Tuesday directed that the completed portions of the Lagos-Badagry Expressway from Eric Moore to Okokomaiko be opened up to traffic as soon as possible following the completion of works by the contractor.

The Governor also directed the Public Works Corporation to intensify palliative works on the road from Okokomaiko to Badagry.

The State’s Commissioner for Works and Infrastructure, Engr. Ade Akinsanya, in a statement, said the Governor was touched by the discomfort being experienced by the motoring public plying that axis and has vowed to continue to intensify all necessary steps to ameliorate their sufferings.

Addressing the issue of harassment raised by the residents, Akinsanya said that security and traffic agencies have been directed to enforce the provisions of the state traffic law by dislodging road side traders and hawkers from the road, while also arresting any law enforcement officer caught extorting money from motorists.

He said that the State Government was committed to even development across the length and breadth of the State, adding that apart from major projects carried out by the Ministry of Works and Infrastructure, all local governments benefitted from the 114 local government road projects completed in 2016 and the on-going 181 roads.

Akinsanya said that the Governor had further directed that the same palliative works being carried out by the Public Works Corporation be intensified also along the Ajah -Badore corridor and other heavy traffic routes so as to give relief to motorists and road users across the state.

He explained that for ease of funding and construction, the 60km length project was originally divided into three lots, Eric Moore to Mile 2, Mile 2 to Okokomaiko and Okokomaiko to Seme-Badagry.

Finally, Akinsanya said that the section of the project which is from Okokomaiko to Seme–Badagry is being proposed for Private Public Partnership due to the magnitude of the infrastructure to be put in place and the humongous amount of financial resources running into hundreds of billions of naira which the State Government cannot muster presently due to other vital competing demands.

He said discussions with investors are at advanced stage and the Memorandum of Understanding would be concluded soon.

It would be recalled that the Lagos Badagry Expressway was constructed by the Federal Government in 1977 as a highway to inter-connect all the ECOWAS Countries and it is in recognition of its importance as a trade route and to further boost the development of the Badagry axis that the Lagos State Government took it upon itself to embark on the project.

The Lagos State Government has disclosed that the experience gained and lessons learnt, during the outbreak of Ebola and COVID-19 pandemic (first-wave) in the State, had prepared the present administration for the second wave of the disease, just as it also unveiled plans to deploy more technology to critical sectors to improve productivity and wellbeing of residents.
byLateef Idris
No comments 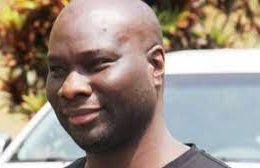