Members of the Lagos State House Of Assembly (LSHA) on Thursday 21st April, passed a bill to amend the Local Government Administration Law and forwarded it to the
state governor, Mr. Akinwunmi Ambode, for assent.

The bill was passed by the House days after a public hearing where former Speaker of the House, Jokotola Pelumi, noted that the amendment was long overdue reminding
the stakeholders that the soul of local government system rests with the state Assembly.

The members passed the bill, which was laid by the chairman of the Committee on Local Government Administration and Community Affairs, Kazeem Alimi, and after it
scaled a third reading.

The law titled: “The Local Government (Administration) (Amendment) Law 2016” makes provision for a one year tenure elongation for council chairmen and councilors.
Thus, these elected officers would now spend four years in office instead of the previous three years.

Section 24A(1) of the law states: “the House of Assembly may after necessary investigation pass a resolution by simple majority of members for the removal or
suspension of any chairman, vice chairman or elected official of any local government area or local council development area in the interest of peace, order and good
government of the state.

Its subsection 2 states: “the resolution of the House of Assembly passed in accordance with subsection (1) above shall be communicated to the governor for
implementation.

Its subsection 3 also states: “where the governor fails to communicate his removal within 14 days of the notification of the resolution stated in subsection 1 of this
section, the House of Assembly may by 2/3 majority of members pass a resolution removing or suspending such chairman, vice chairman or any elected official and such
resolution shall take immediate effect.” 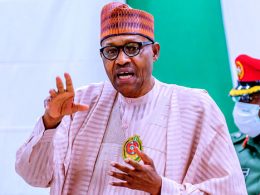 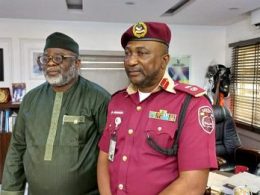 The Lagos State Government has called on Federal and State Ministries, Departments and Agencies (MDAs) in the State to always obtain physical planning approvals before embarking on building construction.
byLateef Idris
No comments 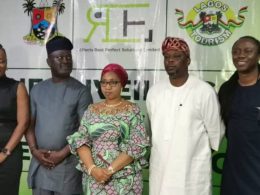 The Lagos State Ministry of Tourism, Arts and Culture, in collaboration with Effect Best Perfect Solutions (EBPS), has unveiled a Lagos Family Reality TV Show aimed at promoting national unity amidst diverse cultures in the country.
byLateef Idris
No comments