The Lagos State Judiciary has held an end of year ceremony to appreciate God for the success recorded during the year despite the storms and threats to the State’s judicial system as a result of COVID-19 and other factors.

The Lagos State Judiciary has held an end of year ceremony to appreciate God for the success recorded during the year despite the storms and threats to the State’s judicial system as a result of COVID-19 and other factors.

Speaking at the event held at the premises of Lagos State Judiciary in Ikeja, the Chief Judge of Lagos State, Justice Kazeem Alogba, commended the Judges for their efforts towards the advancement of the judicial system in Lagos State.

He also thanked them for their contributions during the pandemic, urging all personnel to remain steadfast in their efforts at making the State judiciary the envy of all.

The Chief Judge, who recently won the best Chief Judge award in the country, attributed the honour to the relentless efforts of the entire judiciary staff, who ensured that justice dispensation continued even during the pandemic.

In his words: “I must commend the elevation of seven of our Magistrates to the post of High Court Judges out of the 14 Judges newly appointed in the State. I must also thank you all for the award I recently received for being the best Chief Judge in Nigeria. This award was in recognition of the role of the judiciary during the pandemic by ensuring that court proceedings and judgements were not put on hold”.

Alogba recalled that the State Judiciary was the first to set up Zoom Court proceedings and pronouncement of judgements via the same platform, stressing that the achievements recorded by the Judiciary were made possible by the officials who made it a point of duty for other States in the country to emulate Lagos State’s Judicial system.

“I thank the Honourable Judges, management staff and all of you for your support in the discharge of your respective duties and giving the State an upper edge over others”, he stated.

This year’s gathering was convened to give gratitude to God for all He has done for the Lagos Judiciary in year 2021 despite all odds.

The ceremony, which also featured Christmas Carols, Bible reading and prayers for the country, also served as the last day in office for some retired officials of the Judiciary, just as some staff who distinguished themselves in the discharge of their duties were recognised 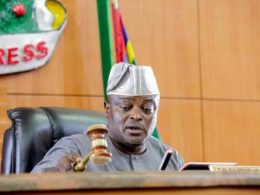 The Speaker of the Lagos State House of Assembly, Mudashiru Obasa and and the lawmaker representing Eti-Osa constituency II, Gbolahan Yishawu at the weekend advocated for earnest policy direction ahead of the 2023 general elections.
byLateef Idris
No comments 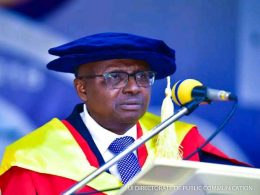 Professor Kayode Adebowale has become the new vice-chancellor of the University of Ibadan.
byTayo Aderinola
No comments

It was a galaxy of meeting of stars in Port Harcourt on Tuesday when Minister of Youth and Sports Development, Sunday Dare unveiled the Real Madrid Football Academy with an assurance that the institution would not only create jobs, but produce world class future stars.
byLateef Idris
No comments