The Lagos State Government says it will soon launch an electronic business guide for shoppers to make purchase of goods or products at the Lagos Island Central Business Districts (CBD) of the state more easier.

The Special Adviser to Gov. Akinwunmi Ambode on CBD, Mr Anofiu Elegushi, made the disclosure on Friday during the ongoing Ministerial briefing to commemorate the governor’s third year in office.

Elegusgi said that the agency was poised to transform Lagos CBD into a 21st Century business precinct with intuitive ideas.

He said that the e-guide project would fast track the economy and that it was designed toward enhancement of ease of doing business in the state.

“The Governor has approved the e-guide project and the process is at 80 per cent completion. Right now, what we are trying to do is to get the business addresses at the Lagos Island.

“Partially, it has been working, we just need to fill in more information. It will allow shoppers in the area to track where they are buying a particular product as it saves time and brings development.

“It is also expected to generate enormous revenue for the government through advert placements and patronage,’’ Elegushi said.

The special adviser, who expressed optimism on the prospect of the project said that the seamlessness would be to the delight of the shoppers.

“At the touch of a button on laptops, phones and computers, shoppers are well guided to where to reach out for their purchases.

“The application is fully functional and what we are doing now is to upgrade it consistently because new businesses are cropping up on a daily basis. The information is not enough, we are trying to add more,’’ he said.

According to him, the full launch of the application will be before the end of June.

On the extension of its operations to other areas of the state, he said the activities of the CBDs would be felt very soon in other areas like Ikeja and Surulere area of the state.

“Plans are already underway for the realisation of this initiative, such as Apapa and Eti-Osa, bringing the total to five as stipulated in government policy that established it,’’ he said.

He said that the extension would be effective by July this year when its scope of operations would transcend the Lagos Island axis alone.

Elegushi said that the face of Lagos Island CBD was changing for good with the coming of the blue rail from Okokomaiko to CMS, the opening of DNA centre as well as the handing over of the former Presidential lodge in Marina to the state government.

He assured that the state would continue in its quest to bring enormous opportunities for expanded market of businesses in the area.

He added that the state recently engaged another 90 volunteers to work as enforcement officers which brings the number of volunteers to about 160.

He, however, promised that the state would continue to provide a stress-free and conducive business environment for the benefits of shoppers, traders and business owners through efficient and effective traffic and environmental management in the state.

The office of CBD is mandated to removing impediments and obstructions against free-flow of traffic.

The office is also to ensure cleaner environment, enforcing law against street trading, as well as forging relationships with the stakeholders on how to improve business environment toward attracting more investors on the axis. 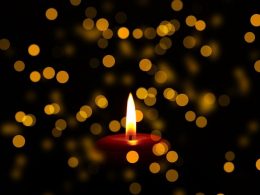 Governor Babajide Sanwo-Olu has declared three days of mourning over the Ikoyi building collapse, which occurred on Monday. No fewer than 32 persons are believed to have died in the incident.
byLateef Idris
No comments 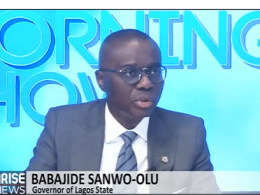 Lagos governor: Twitter should have an office in Nigeria to resolve issues

Lagos State Governor Babajide Sanwo Olu said if Twitter had an office in Nigeria, resolving the current Twitter ban initiated by the Buhari government would have been easier.
byLateef Idris
No comments 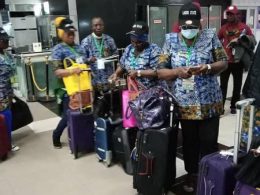 The Lagos State Christian Pilgrims Welfare Board (LSCPWB) on Wednesday airlifted the second batch of 150 pilgrims to the Holy Land of Israel and the Kingdom of Jordan.
byLateef Idris
No comments 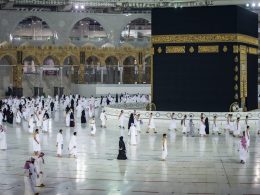 Hajj: We are working to ensure ban on Nigeria is lifted – NAHCON to Muslims

The National Hajj Commission of Nigeria, HAHCON, said it has begun the process to ensure that Muslims preparing for the Lesser Hajj in Saudi Arabia are lifted to the country at the pointed time.
byLateef Idris
No comments