The Lagos State Government on Friday said it was planning a six-month Internship Programme for 4,000 young graduates in the state.

Sanwo-Olu said that the 4,000 fresh graduates would be paid a monthly stipend of N40,000 for the six months programme, adding that there was an urgent need for government at all levels to prioritise youth development, empowerment and mentoring.

According to him, the recent EndSARS protest must be seen as a wakeup call for government at all levels to do more for young people who are demanding for better opportunities and engagements.

”As we prepare for a new fiscal year, let us ensure that adequate plans are put in place to ensure that the welfare of our young people, women, elderly and the physically challenged are well catered for.

”At the State level, we have made special provisions for youth capacity development in the 2021 budget presented to the State House of Assembly.

”This is in addition to the ongoing youth empowerment programmes, including the Graduate Internship Programme, under which 4,000 thousand young graduates would be engaged and paid a monthly stipend of N40, 000 for 6 months,” he said.

The governor said that the local government, the tier of government closest to the people, has a huge responsibility to deliver more dividends of democracy to the people in the local communities, to enable them feel the direct impact of governance.

He commended the young people of Agboyi-Ketu LCDA for ensuring that public assets, especially the Council Secretariat were not destroyed, vandalized or looted during the EndSARS mayhem.

Sanwo-Olu said that public infrastructures were part of the common wealth provided for with public funds and members of the communities must take responsibility to protect and preserve such assets.

”It is within the constitutionally guaranteed right of all citizens to express their grievances through protests, but it is a criminal act to engage in willful destruction, vandalism and looting of public assets and private properties under any guise.

”Destruction of public assets will only set us back and slow down the pace of progress as scarce public funds that should be expended on providing new infrastructure for citizens would be spent on replacing the destroyed ones.

”My appeal to all residents is to continue to live in peace and ensure that there is unity and mutual understanding among all people of diverse ethnic and religious background as Lagos remains a home to all law-abiding residents,” he said.

Sanwo-Olu also commended the Chairman of Agboyi Ketu LCDA, Mr Dele Oshinowo and Management of the Council for deeming it fit to immortalize Sen. Bayo Osinowo, who died in active service on June 15, 2020.

The governor said that the project would provide the much needed conducive work environment for improved productivity and better service delivery.

Earlier in his address, the Chairman, Agboyi-Ketu LCDA, Mr Dele Oshinowo, said that the edifice was meant to herald a new beginning in his administration’s quest to improve the landscape and aesthetics of the community.

Oshinowo said that his administration had embarked on massive reconstruction and rehabilitation of 47.7 kilometre roads towards providing an enabling environment for citizens to live and work, as well as improve the LCDA’s economic growth and productivity. 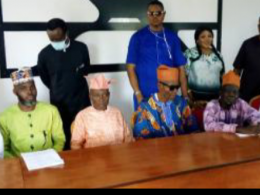 The controversy over the rights to the Power of Attorney over the estate of the late madam Efunroye Tinubu has been laid to rest. That is, the legal trustees of the estate endorsed the appointment of Lagoon Park Global Resources Limited as the family’s current and authentic attorney approved by the Estate’s trustees.
byTayo Aderinola
No comments 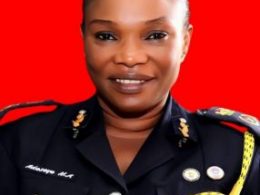 The Lagos State Governor, Mr Babajide Sanwo-Olu, has confirmed the appointment of the Acting Head of the Lagos Fire and Rescue Service, Mrs Margaret Adeseye.
byLateef Idris
No comments 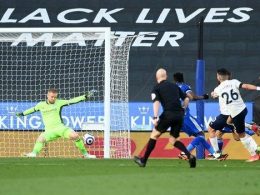 Manchester City took another significant step towards the Premier League title with a 2-0 victory at Leicester City.
byTayo Aderinola
No comments