The Commissioner of Police in Lagos State, Mr Imohimi Edgal, on Tuesday warned kidnappers and other criminals to leave the state or face the power of the force.

Edgal gave the warning at the official commissioning of a police division at Ikosi – Ejirin village in Ikorodu, Lagos State.

He said that the police was bringing the station to tighten the security around Ikosi- Ketu and its environs and to also tackle the security problem headlong.

“We were able to upgrade the police post to a full police station because of the community police partnership with the residents of Ikosi Ketu.

“I know that the residents would not partner with the police if we are not upright in our doings. Crime is reducing in the state because of community/police partnership.

“As the police station has been upgraded, we are going to bring logistics and more policemen will be deployed for effective policing of the whole area,” he said.

Edgal urged residents to continue to partner the police, since policemen cannot know the terrain more than the real owners of the community.

A traditional ruler in the area, Oba Asunmo Aderibigbe of Ayandolu, lauded the police for keeping to its promise of upgrading the police post to a police division.

A member of Lagos State House of Assembly, representing Epe Constituency II, Mr Segun Olulade, said with the upgrading of the police post, crime rate in the axis would reduce drastically.

“We have been clamouring for this opportunity for a long time. It is also a fulfilment to us, and it would provide security for the people of our area.

“With the provision of ammunition and other logistics, coupled with our cooperation, the police should be able to tackle security challenges confronting the area,” he said.

Meanwhile, it was gathered also that two travellers were allegedly abducted by some suspected kidnappers who came out of the creeks on Monday around 10.am. in the area.

“The travellers were coming from Epe and going to Lagos to buy goods when the kidnappers, who had laid ambush, came out from under the bridge where they were hiding and whisked the passengers away.

“We have been battling with kidnapping in our community, but I believe with the police station in our community, the activities of kidnappers would abate,” a resident simply identified as Rukayat told newsmen. 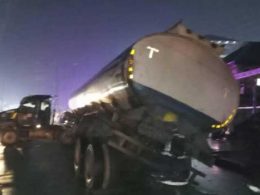 The Lagos State Emergency Management Agency (LASEMA) has averted a major disaster in the Ikotun area of Lagos State following a tanker incident in the area.
byLateef Idris
No comments

The Executive Chairman, Amuwo-Odofin Local Government, Engr. Dr. Valentine Buraimoh not wanting to be caught off guard with a spike in the spread of the virus across Community distributed more nose mask amongst public primary students in the local government.
byLateef Idris
No comments 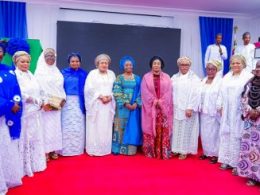 Lagos state first lady, dr. Ibijoke sanwo-olu on tuesday called for a deliberate effort to debunk the various myths against the rights of women and parenting, saying the reality of today has made it imperative for the modern woman to be adequately equipped and empowered.
byLateef Idris
No comments

No less than 150 indigent women in Monkey Village, a shantytown in Lagos State benefited from an empowerment…
byLateef Idris
No comments