The Lagos State Commissioner of Police, CP Abiodun Alabi, fdc has observed with dismay repeated and concerted efforts by mischief makers to destabilize the peace and serenity enjoyed by the good people of Lagos State

The Lagos State Commissioner of Police, CP Abiodun Alabi, fdc has observed with dismay repeated and concerted efforts by mischief makers to destabilize the peace and serenity enjoyed by the good people of Lagos State

These mischief makers and war mongers have devised ghoulish plans to release to the public at regular intervals concocted social media messages alleging stockpiling of arms and an impending attack on Lagos State.

CP Alabi uses this medium to allay the fears of Lagosians and assure them that all human, material and operational resources have been fully and optimally deployed across the length and breadth of the state towards ensuring there is absolutely no breach of the peace.

In the same vein, the State Intelligence Bureau (SIB) of the Command have been placed on high alert alongside all Area Commanders, Divisional Police Officers and Tactical Commanders, all in a bid to ensure that any possibly planned attack is promptly and decisively nipped in the bud.

Consequent upon the carefully laid down security plans/strategies, all residents of Lagos State are urged to go about their lawful duties without panic or fear of harassment/intimidation. CP Alabi equally enjoins Lagosians to remain very vigilant and report suspicious movements and persons to security agencies.

It will be recalled that several incidents of false alram and intentional misreporting of cases have occured in the State in recent times especially since the decision to ban operation of Motyorcycle Riders in 6 Local Government Areas of the State.

The ban follows the lynching of a Sound Engineer by a group of irate Motorcycle Riders in teh Lekki area of Lagos due to a dispute over 100 Naira change.

The call by the Police in the State is commendable considering the Status of Lagos as the Commercial nerve Centre of Nigeria.

It is also instructive especially learning from recent experience like the #ENDSARS protest which was driven by fake, unsubstantiated news and outright falsehood in some instances. 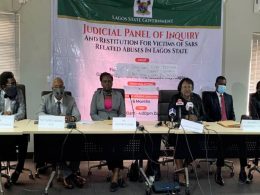 The family of the late Kolade Johnson is among the four petitioners awarded ten million naira each as compensation for SARS related abuses by police operatives including extra judicial killings.
byLateef Idris
No comments

Nine months after she was brutally murdered , the Special Anti-Robbery Squad in Ondo state has arrested four…
byTayo Aderinola
11 shares
11
0
0
No comments

The Federal government of Nigeria has on Sunday, July 12, 2020, formally handed over the National Theatre Iganmu…
byTayo Aderinola
No comments 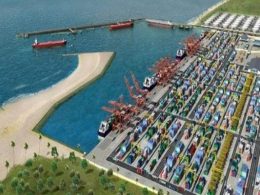 The Minister stated that the project would contribute approximately $360 billion to the nation’s Gross Domestic Product (GDP) on an annual basis, emphasizing that Nigeria requires more money from the Port, which he described as the country’s first Sea Port, as Tin Can and Apapa were only River Ports.
byTayo Aderinola
No comments