Ediong Udoh, the rapist was on Monday found guilty of defilement and sexual assault by penetration contrary to sections 137 and 261 of the Criminal Law of Lagos State 2015.

In arriving at the judgement, Justice Oshodi agreed that the prosecution led by the State Attorney General, Mr. Adeniji Kazeem proved beyond doubt that Udoh, on 23 2016 intentionally lured the 16-year old victim to a house at  No 27, Adekunle Street at Ayobo area of Lagos under the pretext of getting her a job and forcefully had carnal knowledge of the victim, who at the time was a minor, through her vagina and anus.

The court further agreed with the Prosecution that all ingredients of the offences of defilement and sexual assault by penetration  was proved against the convict, Udoh, who by the sentencing of the court, would spend the rest of his life in prison.

The two offences for which he was found guilty attract life imprisonment.

It will be recalled that the Lagos State Government had earlier pledged a zero tolerance to all incidents of domestic and sexual violence, promising to leave nothing to chance in bringing to justice, perpetrators of such offences.

Lagos State Government on Thursday, honoured 15 former Permanent Secretaries that have served the state meritoriously for 35…
byTayo Aderinola
No comments

The Nigeria Centre for Disease Control (NCDC) has confirmed cases of coronavirus (COVID-19) have risen to 2,802 as…
byTayo Aderinola
No comments 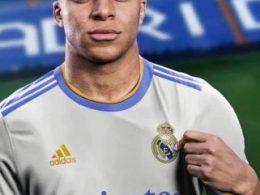 FUNKE OLAKUNRIN’S KILLING: Those Who Shot Us Were Not Robbers

•Assailants waited and left after policemen arrived, survivor narrates •Funke came to me in the morning to bid…
byTayo Aderinola
No comments