The Lagos Chamber of Commerce and Industry (LCCI) on Thursday hailed the federal Government’s decision to liberalise the downstream sector of the petroleum, which effectively brought the removal of fuel subsidy form the country’s petroleum pricing template.

The Director General of the Chamber, Muda Yusuf, said in Lagos that considering the serious transparency issues that characterised the management of the fuel subsidy regime, it was inevitable that the decision had to be taken to create a level playing field for all consumers.

Mr. Yusuf said over-regulation of the downstream petroleum sector had resulted in acute constraints that the country had been facing, pointing out that the subsidy regime had put enormous pressure on government finances and the country’s foreign reserves.

According to the LCCI boss, it was long evident that the fuel subsidy policy choice was not sustainable, pointing out that the decision by the government to review and liberalize the sector was in the long-term interest of the economy and the people.

“There are two components of the fuel subsidy phenomenon. The first is the actual subsidy, which is the differential between the pump price and the landing and other costs of fuel. The second [and more disturbing component] is the blatant corruption inherent in the fuel subsidy regime,” Mr. Yusuf said.

He said for decades, the country’s economy had been bleeding from the corruption inherent in the subsidy phenomenon, with subsidy payments running into trillions of Naira.

“In an economy with huge deficit in economic and social infrastructures, it was simply scandalous to sustain that kind of subsidy regime.  It is in the overall interest of the economy and citizens for it to be discontinued,” he said.

One of the critical elements of the oil and gas sector reform, particularly the downstream sector, he explained, was the complete deregulation of the sector that would bring a lot of benefits to the economy.

The deregulation policy, he noted, would free resources for investment in critical infrastructures in the power, roads, the rail systems, health and education sectors to improve productivity and efficiency in the economy, while impact positively on the welfare of the people.

Besides, he said the policy would boost private investment in the downstream oil sector, especially in petroleum product refining, adding that the ultimate benefit would be the reduction in the importation of petroleum products to ease the pressure on the foreign exchange market as well as foreign reserves.

To ensure the success of the new policy, Mr. Yusuf said the current foreign exchange policy needs to be urgently reviewed to improve liquidity and transparency in the foreign exchange market.

“Only a limited success will be achieved if the current rigidities in the management of the foreign exchange market persist,” he said. 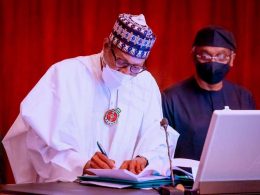 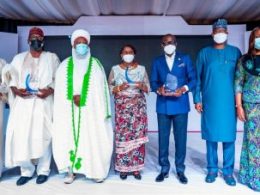 Lagos State Governor, Mr. Babajide Sanwo-Olu, leads by example and from the front. The confirmation came with conferment of a coveted institution award on the Lagos helmsman last night in Abuja, the Federal Capital Territory.
byLateef Idris
No comments

The National Working Committee of the All Progressives Congress has rescheduled the governorship primary to 30 September, just…
byTayo Aderinola
No comments

Vice-President Yemi Osinbajo, on Sunday in Abuja, jocularly said he was learning the `Shaku Shaku’ dance steps for…
byTayo Aderinola
No comments