The Lagos State House of Assembly yesterday commenced a process aimed at amending the state’s Local Government Administration Law to change the tenure of Council Chairmen and Councillors from three years to four.

This is contained in sections 27 (1), 24 (a) and 12 (1) of “A bill to amend Local Government Administration Law of Lagos State and for other connected purposes’’ sponsored by the Speaker Mudashiru Obasa.

Moving the motion on the floor of the House, Mr Kazeem Alimi, Chairman, House Committee on Local Government, said the tenure should be adjusted in line with that of other representatives at the state level.

Alimi said the proposed amendment sought to guarantee the power of the Assembly to enforce the removal or suspension of any erring council chairman upon petitions from concerned councillors.

He said that it would also ensure that any chairman who had served for two terms would not be eligible to contest any election as the head of local government administration.

The House committed the bill to its Committee on Local Government and Community Affairs and mandated it to report back to the Assembly on April 18. 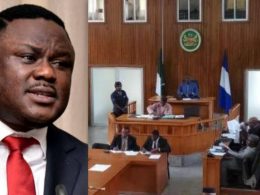 A Federal High Court in Abuja has sacked 20 members of the Cross River State House of Assembly for defecting to the ruling All Progressives Congress, APC.
byLateef Idris
No comments

The Inspector-General of Police, IGP M.A Adamu, has ordered the deployment of Police Intervention and Stabilization Forces to Oyo after the recent crisis in the state.
byLateef Idris
No comments