The Lagos State Government has arrested four officials of a Private Sector Participant (PSP) operator in waste management, Ayomide Olayinka Ventures, for dumping waste on the street along the Central Business District (CBD) of Lagos Island in the middle of the night.

The suspects were arrested by security operatives in the early hours of Tuesday while using their compactor with registration number FST 908 XG to dump refuse on the street.

They included driver of the compactor, Oloruntele Adekunle and three others. The company was said to have its office at No 1A, Kudirat Abiola Way, Old Oregun Road, Ikeja. The latest arrest brought the number of PSP operators arrested for similar offence in the last one week to five, while hundreds of cart pushers and wheel barrow operators had equally been arrested for dumping waste in public places and canals in various parts of the State. The State’s Commissioner for Information and Strategy, Mr Kehinde Bamigbetan, in a statement, said the arrest was a clear confirmation of the suspicion of government that the new environmental waste management policy encapsulated in the Cleaner Lagos Initiative (CLI) was being sabotaged by vested interests. He said: “A PSP operator was caught along Lagos Island Central Business District discharging refuse on the street. He was arrested by security operatives in the middle of the night which shows the institutional corruption that has been lingering in the sector which the State Government intends to fight with the reforms put in place. “The arrest of the PSP operator is a clear example of the deliberate efforts to sabotage what the State Government is doing. The PSP operators are not being driven out of their businesses with the reforms as they are making the public to believe. “Under CLI, the government has made provision for the PSP operators to handle collection of commercial waste and there are over 15,000 companies in Lagos that can serve the over 200 PSP operators in the State. So far, the CLI has been able to get over 50,000 new employees out of the labour market “The government has also stressed itself by getting N2.5billion loan to enable the PSP operators buy equipment to be more competitive. These are the things they can key into than blackmailing government. The whole idea is to build local capacity in order to employ more of our unemployed youth,” Bamigbetan said. He said the PSP operator arrested last week in Mushin area of the State had already been charged to court with the case adjourned to February 26, while the latest suspect would be paraded during the week by the Lagos State Environmental Sanitation Corps (LAGESC), and subsequently charged to court. He said it was unfortunate that some PSP operators were allowing vested interests to use them to blackmail government into abandoning the reforms designed to revolutionize waste management in the State in line with global best practices, and that it would not succumb to such blackmail. “The PSP operators are being used by those fighting against the reforms the government is putting in place. The Cleaner Lagos Initiative is part of the measures to fight institutional corruption in the system which the government is determined to eradicate. “The government will not be blackmailed into abandoning the right thing for the people. Overtime, the Lagos State Government has carried out reforms in the Police Rapid Response Squad (RRS), Lagos State Emergency Management Agency (LASEMA), Lagos State Traffic Management Authority (LATSMA), among others and the State Government is committed to ensuring that the corruption in the waste management system is stamped out. “Any PSP operator henceforth caught will be dealt with using the full weight of the law. No government will fold its arms and allow few vested interests whose interests are inimical to the majority of the people and aimed at sabotaging government’s policies and programmes to have a field day,” Bamigbetan said. He urged residents to exercise a little more patience as the current challenges with waste disposal would soon be over, just as he advised the PSP operators to support government by embracing the new initiative. “We like to appeal to Lagosians to give the government a chance and they will see the results of the new initiative which, ultimately, will make the State cleaner, safer and more prosperous. We also urge PSP operators to cooperate with the new initiative in the overall interest of the peace loving people of the State,” the Commissioner said. Meanwhile, the State Government has paraded four cart pushers – Yusuf Saheed, Abubakar Lawal, Bashiru Umar and Amira Abdul, who were arrested in Moshalasi Alhaja in Agege area of the State for dumping refuse in unauthorised spots. Commissioner for the Environment, Dr. Babatunde Durosinmi-Etti who briefed journalists at the Bagauda Kaltho Press Centre in Alausa, said the suspects would be charged to court, just as he reiterated the call on residents to desist from patronizing illegal waste managers. He also disclosed that commercial operations of the CLI would commence fully from March 1. 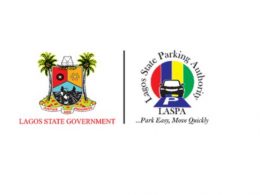 No charges on cars parked in compounds, only on setbacks owned by LASG – GM LASPA

The Lagos State Parking Authority (LASPA) has refuted the allegation contained in a viral post on social media by one Nelly Agbogu, the owner of Healthy Foods and Snacks in Lekki Phase I, alleging that the Authority charged her the sum of N290,000 for parking in her compound.
byTayo Aderinola
1 share
1
0
0
No comments

The Board of Polaris Bank Limited and Asset Management Corporation of Nigeria (AMCON), the bank’s shareholder, on Friday…
byTayo Aderinola
No comments The Managing Director/Chief Executive Officer of First Bank Nigeria Limited, Dr. Adesola Adeduntan, in this interview with THISDAY reviewed the performance of the global economy in 2022 and advised businesses and their bankers to approach 2023 with a partnership mindset to ensure that a win-win outcome is achieved despite the anticipated macroeconomic challenges. Excerpts:
byTayo Aderinola
No comments

Lagos State Government has reiterated that there is currently no multiple taxation in Lagos State revenue system. Governor…
byTayo Aderinola
No comments