The Kwara chapter of the All Progressives Congress is already resetting itself for life after the impending exit of Senate President Bukola Saraki and Governor Abdulfattah Ahmed to the Peoples Democratic Party.

Stakeholders of the APC, who met on Sunday in Oro have called for the immediate dissolution of the state’s Party Executive Committee led by Alhaji Balogun Fulani and the conduct of fresh congresses.

The meeting was at the country home of the Minister of Information and Culture, Alhaji Lai Mohammed.

Mohammed, who read out the resolutions said the stakeholders, agreed that the fresh congresses to be conducted at all levels would include all Kwara APC members and those who are just coming into the party

The minister said that the stakeholders also resolved “that all those who got appointments by deceit, hiding under the facade of being party men and women, should immediately resign such appointments or be fired”.

He said the resignations would enable the genuine members of APC to reap where they had sown.

“We also resolved that the recent gale of defections has now put the APC in a position of true majority in the National Assembly, as those who remain are the ones who are truly committed to the ideals of our great Party

“That all members and supporters of our great party restate their unflinching support for President Muhammadu Buhari and assure him of a harvest of votes from Kwara State in the 2019 General Elections.

“That all members should remain calm because there is no cause for alarm,” he said.

Mohammed said he was in the state with the permission of the party’s national executive to hold the consultative meetings with the major stakeholders of APC in Kwara.

He expressed appreciation “to hundreds of supporters who since the announcement of defections have encouraged us via text messages, telephone calls personal visits, that there is no cause for alarm in Kwara”.

The minister stressed that the defection notwithstanding, Kwara is solidly for APC and President Muhammadu Buhari.

At the briefing were factional Chairman of APC, Moshood Bolarinwa, the Secretary, Ganiyu Saka and other key members of the party.

Before the consultative meetings, the minister addressed members and supporters of the party who came to receive him at the playground of Muslim Community Primary School, Oro.

The minister told the supporters, in their thousands, that the defection of the lawmakers in the National Assembly had exposed the faces of traitors in the party fold.

“Today is a special day. God has answered our prayers by exposing our political traitors.

“God has removed stones from our rice and sands in our cassava flakes,” Mohammed who addressed the rally in Yoruba language said.

He assured that the defection would have no significant negative effect on the party, instead it would offer an opportunity for its repositioning.

“By exposing the enemies and traitors in our fold, God has given us the opportunities that we have been looking for to reposition our party .

“These are people who had never given us peace and progress.

“Today, by the Grace of God and with your support, APC will wax stronger in Kwara. What is in the offing is a mega party,” he said.

Mohammed said they were prepared to take the party structure back and give it back to the people.

“The party belongs to you all. We therefore reassure you that God is with us and the people of Kwara are with us.

“Since the day they decamped, you can see those who have come to our camp are more than those who left,” he said.

The minister appealed to the members and party supporters to give new entrants a chance.

He assured that the new dispensation would allow level playing ground devoid of candidates imposition and godfather syndrome. 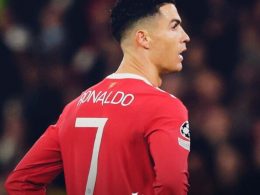 Liverpool legend, Jamie Carragher, has criticized Manchester United forward, Cristiano Ronaldo, for his decision to be allowed to leave the club in the summer.
byLateef Idris
7 shares
7
0
0
No comments 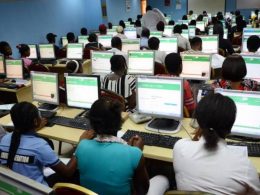 Some candidates and centre officials for the 2021 Unified Tertiary Matriculation Examination (UTME) have lauded the Joint Admissions and Matriculations Board (JAMB) for the hitch-free conduct of the examination.,
byLateef Idris
1 share
1
0
0
No comments 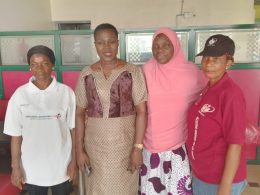 Stand-Up For Women Society to hold national conference in Lagos

The Stand-Up For Women Society (SWS) is set to hold its first national conference to drive dialogue on why Nigerian women must be given more leadership roles.
byLateef Idris
1 share
1
0
0
No comments

Samola appeals for progressive and formidable unification The All Progressives Congress (APC), Olorunda LCDA, on Saturday the 16th…
byTayo Aderinola
No comments