Mr. Kola Abiola, the eldest son of the  winner of the June 12, 1993 Presidential election, Chief MKO Abiola made the revelation in a Channels TV interview broadcast on Thursday night.

He said Jonathan rejected the suggestion  for political reasons.

According to MKO’s son, he first approached the then Attorney-General of the Federation, Mohammed Adoke (SAN), to honour his father during the Centenary celebration in January 2014 but a gold award was given to the deceased,  which was rejected by the family.

Kola said during his second attempt, he wrote a letter to Jonathan through the Serving Overseer of the Latter Rain Assembly, Pastor Tunde Bakare, during the build-up to the 2015 elections but nothing was done.

He said even after Jonathan had lost and was preparing to leave office, he made another attempt to get him to honour MKO but it failed again.

Kola Abiola said, “Towards the election, I approached them again, this time in writing, and solicited the help of Pastor Bakare and told them that even if it was for selfish political reasons, this was something you could do to help your chances of winning elections.

“I really didn’t mind how he got it done. But we couldn’t get President Jonathan to get it done so we left that.

“After he lost the election, I approached him a second time also through the same Pastor Bakare to try to get him to do this as a legacy of his Presidency, something that Nigerians would never forget about him. Last minute, we couldn’t get it to happen.”

Abiola’s son said after President Muhammadu Buhari took office, he sent a letter through Pastor Bakare again to take to the President who was in Kaduna at the time.

He said Buhari bought into the idea and exceeded the expectations of the Abiola family as he did not only honour the deceased with the highest title in the land but also issued an apology to his family on behalf of the Federal Government.

Kola noted that he did not approach former President Olusegun Obasanjo to honour his father because he felt there was no point doing so as the answer would have been obvious.

He, however, said he approached the late President Umaru Yar’Adua, who promised to address the issue but died in office.

When asked his view on Jonathan’s naming of the University of Lagos as Moshood Abiola University, Lagos, Kola said, “That was a mistake. They were trying to regionalise MKO. He was beyond that. This man was voted across Nigeria irrespective of religion.

“I went back to them and told them if they had consulted me, I would have told them what to do.” 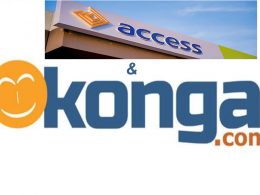 Access Bank Plc has partnered with Konga to offer free deliveries and 10 percent discount on every item purchased in the ‘Konga Yakata’ sale from Nov. 11 to Dec. 12.
byTayo Aderinola
3 shares
3
0
0
No comments ASUU Strike continues as meeting with FG ends in deadlock

That Nigerian students in Federal government-owned universities will remain out of school as the Academic Staff Union of Universities (ASUU) did not reach an agreement to end the strike.
byLateef Idris
No comments 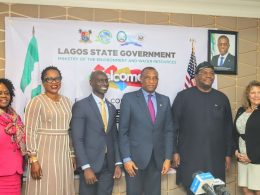 The Lagos State Government and the United States of America Consulate in Nigeria, on Tuesday, reiterated their commitment to greater collaboration towards air quality monitoring and measuring to reduce pollution and combat the effect of climate change.
byLateef Idris
No comments 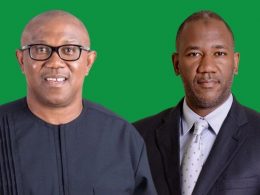 Presidential Election: Why I accepted to be Peter Obi’s running mate – Dati Baba-Ahmed

Dati Baba-Ahmed, running mate of Peter Obi, Presidential Candidate of Labour Party (LP) in the 2023 elections, has given the reason why he accepted to team up with the former Governor of Anambra State.
byTayo Aderinola
No comments