Members of the Non-Academic Staff Union (NASU) and the Senior Staff Association of Nigeria Universities (SSANU) have commenced a five-day industrial action.

This followed the directive of the Joint Action Committee of NASU and SSANU to all branch chairmen of the unions across the country.

The leadership of both unions earlier in a press statement said that the industrial action was as a result of the expiration of the 14-day ultimatum given to the Federal Government.

They also accused the government of failing to show firm commitment towards resolving the issues raised by the unions, including the payment of earned allowances to members.

Others are the status of the  university staff schools matter and the renegotiation of 2009 Agreements.

At the university of Lagos, NASU and SSANU Executives ensured that members comply with the directive.

The Honourable Commissioner for Wealth Creation and Employment, Mrs. Yetunde Arobieke, has encouraged youths in the State to identify the needs within the environment and begin to proffer solutions to open the gateway of becoming entrepreneurs.
byLateef Idris
9 shares
9
0
0 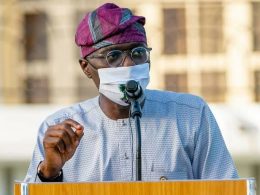 Lagos State raked in a total of N418.98 billion Internally Generated Revenue (IGR) in the year 2020, a report released by the National Bureau of Statistics (NBS) on Friday has revealed.
byLateef Idris

On the 4th of March 2021, 709 new confirmed cases and 12 deaths were recorded in Nigeria
byLateef Idris

No Bra Day: All for a good cause? Or just a hoax?

Contrary to some of the opinions and display on social media, National No Bra Day is actually an…
byTayo Aderinola