Jonathan has been APC Member Since 2019, Ward Chair confirms

The leadership of the All Progressives Congress (APC) in Ogbia Local Government Area of Bayelsa State has confirmed that former President Goodluck Jonathan is a registered member of the party.

The leadership of the All Progressives Congress (APC) in Ogbia Local Government Area of Bayelsa State has confirmed that former President Goodluck Jonathan is a registered member of the party.

Although Jonathan is yet to announce his defection from the Peoples Democratic Party (PDP), under which he was elected deputy governor, governor, vice-president and president, the purchase of APC presidential forms for him had set tongues wagging.

A group called Nomadic Pastoralists and the Almajiri Communities led by one Ibrahim Abdullahi picked up the forms on Jonathan’s behalf on Monday, though a source later told Daily Trust that a northern governor paid for the forms.

But hours after the news went viral, Jonathan’s Media Adviser, Ikechukwu Eze, distanced his principal from the APC presidential race, saying he did not authorise the purchase of forms.

While social media was rife with the news of Jonathan’s defection, a picture of the former president meeting with Abdullahi Adamu, National Chairman of the APC, went viral.

During the meeting, it was reported that Jonathan referred to Adamu as “our chairman”.

Asked to comment, Jonathan’s spokesman had said he knew nothing about it.

But the chairman of APC in Ogbia ward 13, Mr Igori Freeman, told Daily Trust yesterday that Jonathan registered with the party immediately after the short-lived victory of David Lyon, the APC candidate in the 2019 governorship election in the state. The Supreme Court had voided the election, paving the way for the PDP.

Subsequently, Jonathan held a series of meetings with APC stakeholders, both in Abuja and Bayelsa. He also became closer to President Muhammadu Buhari, paying several visits to Aso Rock.

“I know too well that Jonathan registered with APC, but registration is not about publishing to the whole world. The register was with me, it was not only him that registered during that period; some dignitaries from PDP also registered with APC after David Lyon’s victory during the 2019 governorship election.

“You can go to the state chairman and tell him that the ward chairman believes that Jonathan registered with the party. We have finished with the registration, so I can’t give details now because I returned all the data after everything. Meet the party chairman, Chief Dennis Otiotio, for more clarification,” Jonathan’s ward chairman told Daily Trust.

But when contacted, the state party chairman, Dennis Otiotio, referred our correspondent to the National Headquarters of the APC. 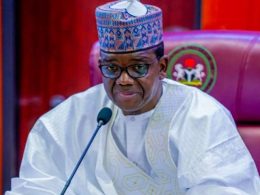 The Impressive Profile of Man of the People

He is the incumbent Governor of Zamfara State, Nigeria, having contested and won unanimously on the platform of the Peoples Democratic Party, (PDP,) two years ago at the tribunal, and still running creditably well as a servant of the people. His impressive profile thus comes into reckoning to further cushion his mounting and well-projected antecedents in public and private life.
byLateef Idris
No comments 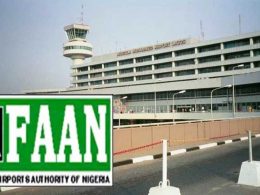 The Federal Airports Authority of Nigeria has confirmed the discovery of an unidentified human remains on Runway 18R/36L on Thursday.
byTayo Aderinola
No comments