The former Chairman of the Independent National Electoral Commission (INEC), Prof. Attahiru Jega, on Monday advised President Muhammadu Buhari to double his anti-corruption campaign by fighting the menace of bribery in the country.

Jega gave the advice while delivering a lecture entitled ‘Peace Building and Good Governance for Sustainable Development in Nigeria’, to mark the 2018 Democracy Day in Abuja.

The former INEC boss, who specifically enjoined the President to beam his anti-corruption searchlight on the National Assembly, alleged those committee chairmen in NASS demand bribes while on oversight function.

According to him, members of the committees often asked for bribe to pass budgets of Ministries, Departments and Agencies (MDAs) when they go on oversight function.

“Many of the Chief Executives that I have spoken with have terrible stories to tell particularly about the issue of bribe giving and bribe taking when members of the National Assembly pursue so-called committee work and oversight responsibilities.

“This is well known; everybody knows it is being said but nothing seems to be done about it.

“And I wonder what is happening with intelligence and investigative responsibilities of securities and policing agencies.

“Some Chairmen of committees in National Assembly have become notorious on this issue of recklessly, with impunity, demanding for bribes.

“And back in the university system. I have heard so many stories of so many Vice Chancellors talking about the woes that they go through on question of budget and so-called oversight assignments.

“I am not saying that Chief Executives are saints.

“All we are saying is that we must cast the searchlight so that Nigerians, and particularly public office holders, should have basic common decency and integrity in the ways in which they discharge their responsibilities.

“That is the only way forward in this country.’’

While calling for total reform of public service, Jega urged the Buhari-led administration to avoid the fire brigade approach in handling the herdsmen/farmers crises among other insecurity challenges in the country.

On electoral reforms, Jega called on members of the National Assembly to ensure speedy passage of the electoral legal framework for the elections to ensure successful conduct of the 2019 general elections.

According to him, INEC is currently facing challenges that can mar the smooth conduct of the elections, saying the Electoral Act as it stands today has many contradictory provisions that should be urgently amended.

“The first thing to consider is electoral violence and there is no better way to address this than what happened in recent party congresses and its potential danger.

“If political parties cannot organise their internal elections peacefully, how can they engage the other parties with civilities in the general elections.

“So, it is very important that we improve our systemic mechanisms of addressing violence and conflicts related to elections and, in particular, improve the score of internal democracy within political parties.

“We may be running out of time, but we must try harder and do everything possible within the shortest time.

“The second thing that needs to be addressed is the recent spate of hate speeches by political, religious and other leaders.

“It is these unbridled utterances by opinion leaders, religious leaders, political leaders that facilitate electoral violence in general elections. So these have to be tamed,’’ he said.

Jega also gave examples of some aspects of existing legal frameworks which could create a constitutional crisis.

“For example, it is impossible to conduct a runoff election within seven days in this country, but that is what the constitution says. Why is it impossible?

“By the time the electoral commission announces result it would have been two days and then if you take out those two days, you will be left with five days to prepare for the next runoff election.

“Meanwhile, after elections, INEC normally demobilises staff, security and other personnel and you cannot demobilise them and get them to polling units within five days.

“So, in 2015, we had very serious apprehensions in electoral commission because of that constitutional provision when a runoff became necessary, if not for God’s intervention.

“Of course there are many other aspects of the electoral act which are contradictory to party democracy.

“You have a provision 87 that says that party primaries should be conducted in a democracy and section 31 that says whatever name the party submits to the electoral commission cannot be rejected for any reason whatsoever.

“INEC is supposed to conduct party congress, so INEC has a list of those candidates that emerge at party primaries.

“But political parties have a penchant for hiding under section 31 to send to INEC people who have not even participated in party primaries and I saw this happen in 2015.’’

He also faulted the non-removal of those who cross-carpet from the office they occupy and stressed the need to accelerate the process of having an improved legal framework to enable INEC to perform its job diligently.

“INEC, by law, has to be notified. Even if it reads it in the newspapers, even if it knows that it has happened, unless the National Assembly has written to it to declare a vacancy, INEC will not conduct a by-election.

“And there were many cases that we knew about before 2015 general elections.

“People who had cross carpeted, who should have lost their seats by virtue of cross-carpeting, but the leadership of the National Assembly vehemently refused to write to INEC.

“I appeared before the Ethics committee, provided evidence that a senator had actually cross-carpeted and by the provisions of the law, should lose his seat.

“We sought to be written so that we could conduct by-election to replace him, but that letter never came until I left office.

“That provision is still there and if we don’t address it, we will continue to carry the baggage of laws that can undermine the integrity of an election,’’ he said.

He also urged the government to be mindful of the ECOWAS protocol that it signed, which required all signatories to ensure that any amendment to the electoral legal framework is concluded at least six months before the general elections.

Jega said that ideally, it should be at least one year before general elections.

In his speech, Senate President Bukola Saraki urged all political actors and other stakeholders to ensure an atmosphere that was conducive for the conduct of the 2019 general elections.

According to him, Nigeria cannot afford to allow the 2019 election to be less credible, free and fair than the 2015 general elections.

He said: “If it falls below the electoral achievements in 2015, it will mean that the political leaders have failed and not only the Independent National Electoral Commission.

“I am hopeful for the future; we must not take things for granted because our democracy is fragile.’’

Saraki said that the present set of leaders had the responsibility to leave behind legacies for those coming behind.

For his part, Speaker of the House of Representatives, Yakubu Dogara, noted that Nigeria’s democracy must be handled with care.

According to him, only consensus and compromise can deepen democracy across the globe, saying that a united Nigeria will be a peaceful Nigeria.

The Non-Academic Staff Union of Educational and Associated Institutions (NASU), and the Senior Staff Association of Nigerian Universities…
byTayo Aderinola
No comments 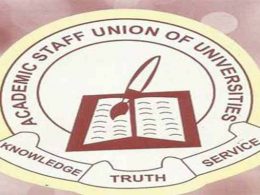 The Academic Staff Union of Universities, ASUU, has accused the Federal Government of blackmail and propaganda.
byTayo Aderinola
No comments

Former Lagos Assembly member Lanre Odesanya has stepped down for a senatorial aspirant, Tokunbo Abiru, who has been…
byTayo Aderinola
No comments 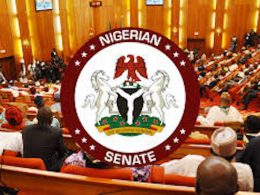 The Nigerian Senate, on Friday, ruled out the allegation that the Federal Ministry of Finance was not releasing funds to Ministries, Departments and Agencies (MDAs) of government, for the purpose of executing their budgets.
byLateef Idris
No comments