After refusing to honour three invitations, the Ogun State House of Assembly has finally ordered the arrest of a Nollywood actor, Goriola Hassan for parading himself as the Oba of Imobi in Ijebu East Local Government Area of the State.

After refusing to honour three invitations, the Ogun State House of Assembly has finally ordered the arrest of a Nollywood actor, Goriola Hassan for parading himself as the Oba of Imobi in Ijebu East Local Government Area of the State.

The Assembly requested security agencies to arrest Hassan within 14 days of the passage of its resolution.

The Assembly’s request was consequent upon the presentation of the report of the House Committee on Local Government and Chieftaincy Affairs by its Chairman, Bolanle Ajayi, who later moved the motion for its adoption, seconded by Ganiyu Oyedeji and supported by all the lawmakers through a voice vote at a plenary presided over by Speaker Olakunle Oluomo.

The Committee’s observations indicated that Hassan had converted a government building to private use; disobeyed the orders of a constituted authority to stop parading himself as the Olu of Imobi.

The report said his activities had been causing tension that could lead to a crisis among Imobi indigenes if not checkmated.

The Committee in its recommendations directed that the government building, which was the Government’s Community Dispensary House at Fotedo, Imobi earlier converted to private use by Hassan be taken over by the community and he should be declared wanted and handed over to the security agencies for presentation before the Assembly accordingly.

The resolution also enjoined the Ministry of Local Government and Chieftaincy Affairs to take necessary steps to ensure that the said Hassan stops parading himself as a monarch in the area.

DAILY POST recalls that the Assembly had earlier extended three separate invitations to Hassan on Tuesday, 10th August, 17th August and Thursday, 2nd September 2021 respectively, all of which he failed to respond to. 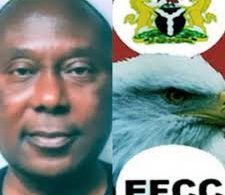 The newly appointed Overseer of the Office of the Accountant General of the Federation (OAGF), Anamekwe Nwabuoku, has a heavy corruption dossier and is being investigated by the Economic and Financial Crimes Commission (EFCC), Economic Confidential can authoritatively report.
byLateef Idris
No comments

Lagos State Governor, Mr. Babajide Sanwo-Olu has assured the safety of participants and visitors coming to the State…
byTayo Aderinola
No comments 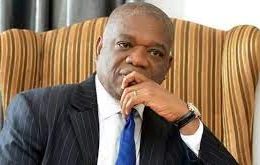 Chief Whip of the Senate, Orji Kalu, has revealed the hidden game plan of the ruling All Progressives Congress (APC), saying that nine presidential aspirants are set to step down for the emergence of the Senate President Ahmad Lawan.
byTayo Aderinola
No comments

Members of the Lagos State House Of Assembly (LSHA) on Thursday 21st April, passed a bill to amend…
byTayo Aderinola
No comments