The Lagos High Court sitting at the Tafawa Balewa Square, Lagos Island has dismissed a suit by 15 subscribers of various units of apartments being constructed by Fourscore Heights Limited in three high-rise buildings at 44BCD, Gerrard Road, Ikoyi, Lagos.

The Lagos High Court sitting at the Tafawa Balewa Square, Lagos Island has dismissed a suit by 15 subscribers of various units of apartments being constructed by Fourscore Heights Limited in three high-rise buildings at 44BCD, Gerrard Road, Ikoyi, Lagos.

Justice Olabisi Akinlade dismissed the suit for being statute-barred having been filed out of time.
One of the buildings, Block B (consisting of 21-stories) collapsed on November 1, 2021, killing 46 persons including the Managing Director of Fourscore Heights Ltd, Mr Femi Osibona, while 15 other persons were rescued alive.

In September 2022, 15 subscribers of the building sued the Governor of Lagos, Babajide Sanwo-Olu; his Attorney General, Mr. Moyosore Onigbanjo; and the State’s Ministry of Physical Planning and Urban Development. They also joined the State’s Building Control Agency and a private firm, Edge of Design Ltd, all of whom they listed as the first to fifth defendants/applicants in their suit.

The 15 subscribers including a Senior Advocate of Nigeria, Wemimo Ogunde, were all listed as claimants/applicants in the suit.

Through their lawyer, Ogalagu Harrison, they told the court that because of the collapse and the subsequent takeover of the construction site and prevention of further works in respect of the 2nd & 3rd towers, they had not been able to take benefits of the equitable interests that have accrued to them after having paid or part paid for several units of flats in the three towers.

The claimants among other things asked the court to declare that the defendants cannot benefit from their negligence by compulsorily, wrongfully, illegally and punitively acquiring or threatening to acquire the property.
They also asked the court to declare that the provisions of the Lagos State Urban and Regional Planning and Development & the Lagos State Building Control Agency Regulations, 2019 being relied upon to compulsorily acquire the property

by way of forfeiture cannot apply in the face of the negligence of the defendants and a declaration that any demolition of the 2nd and 3rd Towers on the land is a flagrant violation of the Claimants’ equitable interest in the property.

They sought a perpetual ORDER restraining the Defendants either by themselves, servants agents or privies from trespassing, further trespassing, or further demolishing the properties.
They also asked for general damages against the defendants in favour of the claimants in the sum of N5,000,000,000.00 (Five Billion Naira) only and another N50,000,000 (Fifty Million Naira) being the cost of the suit.

In their response, the defendants filed a preliminary objection challenging the jurisdiction of the Court to entertain, hear or determine the suit as presently constituted.

Through their lawyer, a Senior Advocate of Nigeria, Olukayode Enitan, the defendants submitted that the action of the claimants is caught by the statute of limitations and is statute-barred having been commenced more than three months after the alleged negligence of the 1st – 4th Defendants (who are public officers) contrary to the provisions of section 2 of the Public Officers Protection Law of Lagos State 2005.

The defendants also contended that the claimants’ action was commenced without recourse to the administrative resolution procedure provided in section 81 of the Urban and Regional Planning and Development Law of Lagos State; such procedure being a condition-precedent to the activation of the jurisdiction of the court.

In her judgment on the matter, Justice Akinlade agreed with the defendants that the suit was statute barred having been caught by the provisions of section 2 of the Public Officers Protection Law of Lagos State 2005 which states a suit against public officers for negligence must be filed within 3 months and that this is to be counted from either the date the building collapsed on Nov. 2021 or when the Lagos State Tribunal of Enquiry concluded its work in Dec 2021 or when the Council for the Regulation of Engineering in Nigeria (COREN) concluded its investigation in Feb. 2022. 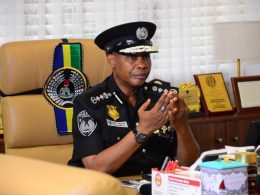 The Inspector-General of Police, Usman Alkali Baba, on Sunday felicitated Muslim faithful on the Eid-El-Fitr celebrations while beefing up security nationwide to forestall the breakdown of law and order.
byTayo Aderinola
No comments

Lagos State Accountant General pledges his support for all the Accountants in the state.

The governor of Lagos State, Mr Babajide Sanwo-Olu, and his wife, Dr Ibijoke, worshiped online on Sunday. The…
byTayo Aderinola
No comments 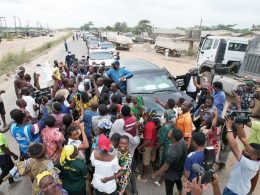