– Femi Gbajabiamila, the majority leader of the House of Representatives, has reacted to criticisms about a birthday gift to his wife.

He had recently bought a G-Wagon car to commemorate his wife 50th birthday.

The federal lawmaker said that he saved for many years to buy the car for his wife.

The majority leader of the House of Representatives, Femi Gbajabiamila, has defended his much talked about car gift to his wife. Premium Times reports that the lawmaker trended on social media for days after a photo and video of a brand new Benz G-Wagon he got his wife surfaced online.   Lagos Panorama gathered that the lawmaker presented the surprise gift on May 27 at an event to commemorate her 50th birthday .

Reacting in a statement on Thursday, May 31, Gbajabiamila said he saved for “a couple of years” to buy his wife the luxury vehicle. He said the presentation was meant to be a family affair. However, it was delayed and arrived when guests were already around. His statement partly read: “My attention has been drawn to the extensive reports especially on social media regarding the presentation of a gift to my wife and best friend in celebration of her 50th birthday anniversary. “Naturally I had anticipated this occasion for quite a while and prepared by saving up for it in the last couple of years. I took the decision far back to present her with a significant gift, she was totally unaware of, to convey in part, the debt of my gratitude to her for standing by me through ‘thick and thin’. “I could never have been half the man I am today without her support and unbelievable understanding.

Truly, the monetary value of any gift real or imagined, pales in significance when I consider how much of a ‘rock and pillar’ she has been to me. “The presentation of the gift contrary to public perception, was to be a family affair in our home but it suffered some delays finally arriving when a number of guests were in to celebrate with my wife. It still would have remained a private affair, but I guess we underestimated the power of social media and very excited friends. “Having said this, I understand and appreciate the reaction of the public. As a public official, one must be held to a higher standard. My action was not meant to offend sensibilities and I regret that it did. “Being a leader in many spheres, I can very well understand the optics of it. But I would rather want it to be seen as what it is-an expression of deep appreciation and love for my wife of almost thirty years, rather than one of flamboyance. “I remain truly committed to my values of improving lives for my constituents and Nigerians at large. As the records will show, I have consistently expended much more in achieving this goal especially within my constituency, than I spend on my wife.”

For allegedly stealing a car valued at N650,000, a 29-year-old mechanic, Abiodun Adejimi, on Thursday appeared before an…
byTayo Aderinola
No comments 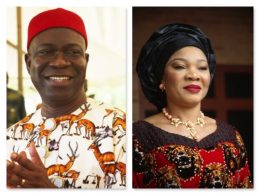 A London court has ordered the continued remand of former Deputy Senate President, Ike Ekweremadu and his wife, Beatrice.
byLateef Idris
No comments 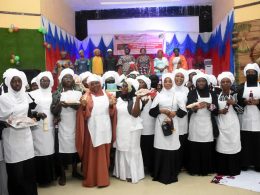 The Lagos State Ministry of Women Affairs and Poverty Alleviation (WAPA), has organised another tuition-free, short-term, skills acquisition programme for the female members of various Islamic organisations, including Muslim Students Society of Nigeria (MSSN), Al Mu'izz, Nasrul-lahi-li Fathi Society of Nigeria (NASFAT) and the Federation of Muslim Women Association of Nigeria (FOMWAN) among others.
byLateef Idris
No comments