‘I Have Nothing To Do With The Massacre That Took Place At The Ozubulu Church”- Alleged Target, Bishop, Finally Speaks

The alleged target in Ozubulu Church Attack that left 13 persons including his father dead, Aloysius Ikegwuonu aka Bishop, has finally granted an interview.

Bishop who was accused of being a drug dealer, whose rivalry with another Nigerian drug baron in South Africa led to the incident, in an interview with Igbo TV, claimed he has no knowledge of what caused the attack. According to him, he arrived South Africa on the day of the attack and had to rush back home when he heard of the incident.

“HONESTLY, I DO NOT KNOW ANYTHING ABOUT THE INCIDENT OTHERWISE I COULD HAVE PREVENTED IT BUT ONLY GOD KNOWS”.

ON HIS REACTION AFTER FINDING OUT HIS FATHER WAS AMONG THOSE THAT WERE KILLED IN THE MASSACRE, HE SAID;

“HONESTLY, I WEPT OVER THE DEATH OF MY FATHER AND ALL THAT WERE KILLED IN THE CHURCH BECAUSE IT IS ONLY GOD THAT KNOWS HOW PAINFUL IT WAS FOR ME TO BEAR THE LOSS”.

REACTING TO THE ALLEGATION THAT HIS BETRAYAL TO ONE OF HIS BUSINESS PARTNERS IS THE GENESIS OF THE ATTACK, BISHOP SAID;

“PEOPLE WHO KNOW ME WELL CAN TESTIFY, I DO NOT OWE ANYBODY. I HAVE A REGISTERED BUSINESS IN SOUTH AFRICA. I DO NOT HAVE ANY CRIMINAL RECORD THERE OR HERE IN NIGERIA FROM MY CHILDHOOD. BUT EVEN IF SOMEONE EVEN SAYS I BETRAYED HIM OR HER, HE SHOULD PETITION, SUE ME AS I AM NOT ABOVE THE LAW”.

ON WHETHER HE WAS IN OZUBULU WHEN THE TRAGEDY HAPPENED, HE SAID;

“I ARRIVED OZUBULU ON 8TH JULY AND STAYED TILL THURSDAY, AUGUST 3RD. I LEFT OZUBULU ON THAT THURSDAY FOR LAGOS. BEFORE MY DEPARTURE, MANY PEOPLE CAME TO THE CHURCH AND THE PRIEST PRAYED FOR US AND OUR JOURNEY MERCIES. I SPENT THURSDAY AND FRIDAY IN LAGOS AND LEFT FOR SOUTH AFRICA ON SATURDAY NIGHT. ON GETTING TO MY DESTINATION ON SUNDAY MORNING, I WAS CALLED AND TOLD WHAT HAPPENED. SO I WAS NOT IN NIGERIA WHEN IT HAPPENED BUT SOUTH AFRICA”.

Nigeria’s President, Muhammadu Buhari has assigned portfolios to his ministers and stripped Babatunde Fashola of Minister of Power…
byTayo Aderinola
No comments 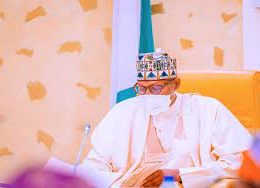 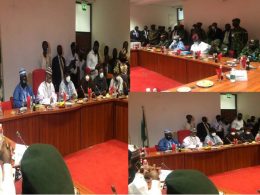 Insecurity: Service Chiefs, others to appear before Senate Thursday

President of the Senate, Ahmad Lawan has announced that Service Chiefs and Heads of Security Agencies will appear before the upper legislative Chamber on Thursday, for a security meeting.
byTayo Aderinola
No comments