I have not dumped APC – Andy Uba

Senator Andy Uba has said that he had not left the All Progressives Congress (APC) for the Peoples Democratic Party (PDP) or any other party over the outcome of the Anambra governorship primaries.

The Senator representing  Anambra senatorial district Sen Andy Uba has debunk the rumour of his defection from the All Progressive Congress, APC for a new party.

Uba while addressing newsmen at his country home in Uga, Anambra state, debunked rumours making the rounds that he planned to dump the APC for a new party.

In a statement issued by his media aide, Joseph Itazi, the senator stressed that he was still a supporter of the party irrespective of the outcome of the party’s primaries.

“Let’s put the record straight, I have no intention of leaving our great party APC for another party.

“I have always supported the party, so please people should stop spreading false news that I am planning to defect to another party.

Both Uba and Nwoye were members of the PDP before defecting to APC to pursue further political careers.

Adeleke or Oyetola? Osogbo votes to decide the winner

From all indications, the result of voting in Osogbo, the Osun capital will decide the winner of the…
byTayo Aderinola
No comments 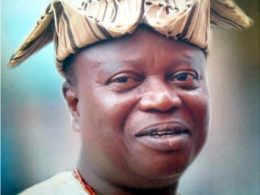 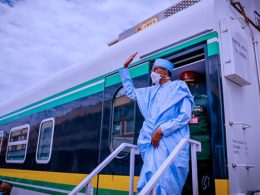 President Muhammadu Buhari has directed the Ministry of Transportation and relevant security agencies to ensure the provision of maximum security along the railway corridors.
byTayo Aderinola
No comments 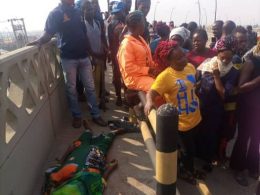 LAWMA reacts to death of street sweeper knocked down by motorist, commiserates with affected family

The Authority is deeply saddened by the unfortunate incident and commiserates with the family and loved ones of the deceased sweeper. We pray that God gives them the fortitude to bear the irreparable and sad loss, while praying that the other sweeper in the hospital, will speedily recover and may God spare her life.
byLateef Idris
No comments