I grew up in Ketu Alapere, went to Maryland Primary School – WWE Superstar

Tolulope Omogbehin, Nigerian-American wrestler, popularly known professionally as Omos, has revealed that he grew up in Ketu, Alapere area of Lagos State.

Tolulope Omogbehin, Nigerian-American wrestler, popularly known professionally as Omos, has revealed that he grew up in Ketu, Alapere area of Lagos State.

Omos said this in a chat with reporters during a WWE Press conference in Lagos recently, for the announcement of “The Search for Africa’s Next WWE Superstar”.

Expressing himself in his native language, Yoruba, he said: “I grew up in Ketu, Alapere, which is just down the street. I went to Maryland private school. This is my home. I remember going to school and getting on the bus by 6am and coming back home.

“My primary school is around here and to think that I am here in a press conference to announce the search for Africa’s next WWE superstar is amazing.

“It is amazing that I am coming back home with WWE.”

Known as the WWE’s Nigerian giant and standing at an incredible 7ft. 3 inches, Omos has managed to establish himself as one of the most intimidating superstars in the industry.

In March 2021, he debuted on television at Wrestlemania 37, defeating the New Day (Koffi Kingston and Xavier Woods) alongside AJ Styles for the WWE Tag Team Championship

The Lagos State Governor, Mr. Babajide Sanwo-Olu has approved the absorption and employment of water guards working with…
byLateef Idris
No comments 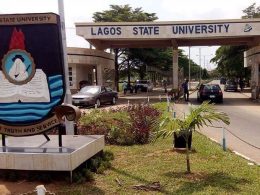 The Management of Lagos State University (LASU ) on Friday said that the school had not started admission for the 2022/2023 academic session.
byLateef Idris
No comments The National Drug Law Enforcement Agency (NDLEA) has arrested four wanted drug kingpins in connection with over 16,000 kilograms (16 tons) of illicit drugs intercepted in Lagos, Abuja.Director, Media and Advocacy, NDLEA Headquarters, Abuja, Femi Babafemi, who revealed this in a statement on Sunday, said the suspects, consisting of two men and two women, top the list of arrests made in the past week.
byTayo Aderinola
No comments 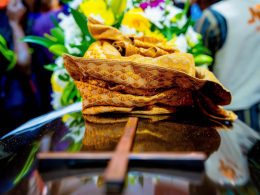