Mr Anthony Ojukwu, the NHRC Executive Secretary, made the commendation in an interview in Maiduguri on Saturday.

Ojukwu said that the resolve, determination and commitment of the acting director-general to respect human rights with a view towards ensuring justice for all was worthy of commendation.

“Mr Seiyefa said he remained focused and professional in protecting national interest. He also said that the service will review all cases including unlawful detentions and perceived human rights abuses.

“I must say that the DSS D-G started on a good note. And we want to encourage him to continue in this spirit.

“We want to also remind him that there are times when he will be tempted to violate human rights in the course of his job; he should not succumb to that,’’ he said.

Ojukwu lamented that that there were cases where people released by courts and the DSS would turn down such orders and re-arrest the victims.

“There are some cases where people were arrested and tortured for reason. Mr Mamman Daura, the former DSS D-G that was arrested will not be happy if he is been tortured now.

“So this should serve as lessons to public office holders because one day they might also be the ones on the other side.

“We therefore encourage law enforcement agencies to respect human right in their engagement at all times.

“They must work together towards fighting all forms of insecurity, killings and terrorism in the country in order to stem human rights violations,’’ he said.

The Acting President, Prof. Yemi Osinbajo, appointed Seiyefa to replace Daura for unauthorised deployment of operatives of the service to lay siege at the National Assembly complex. 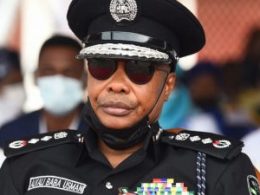 A Commissioner in the Police Service Commission (PSC) has carpeted the Inspector General of Police (IGP), Alkali Baba for allegedly hijacking the recruitment and promotion duties of the commission, rendering its staff jobless.
byTayo Aderinola
No comments 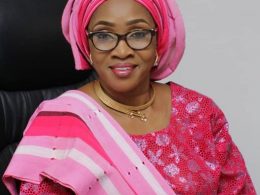 The Tourism Master Plan and Policy to enhance the potentials of the sector and define the roles of stakeholders will be presented to the public by Lagos State Governor, Mr. Babajide Olusola Sanwo-Olu, on Thursday, July 1, 2021.
byLateef Idris
No comments