In a bid to ensure the well-being of the citizenry, the House of Representatives committee on Ecological funds has summoned the Director General of the Nigerian Governors’ Forum (NGF), Mr. Asishana Okauru to offer explanations over the alleged misapplication of ecological funds running into billions of naira.

In a bid to ensure the well-being of the citizenry, the House of Representatives committee on Ecological funds has summoned the Director General of the Nigerian Governors’ Forum (NGF), Mr. Asishana Okauru to offer explanations over the alleged misapplication of ecological funds running into billions of naira.

Isiaka explained that the decision to summon the aforementioned became pertinent after they failed to offer explanations as to why they accessed ecological funds over the years.

The Ogun state-born lawmakers who decried the abuse of the ecological funds directed the aforementioned, and heads of the federal ministry of health and his counterpart of the Niger Delta ministry to appear before the committee on Wednesday this week.

A director of the office of the Accountant General of the Federation, Mr. Abdulkarim Ibrahim explained that contrary to the widely held notion, the ecological fund had always been shared by the three tiers of government in line with the dictates of the 1999 constitution as amended.

He remarked that the federal account allocation committee (FAAC), ecological funds went on to issue the directive that ecological funds meant for each of the 36 states of the Federation be remitted to their respective dedicated account since 2021 to ensure accountability and judicious usage of the fund.

A director of the Ecological project office, Mr Clinton Igwe explained that his outfit is only preoccupied with the usage of its own share of federal government allocation of the ecological fund tied to specific funds.

He added: “It is not an exercise in witch-hunting or score-settling. For this hearing to have the best outcomes, all relevant stakeholders must engage conscientiously and with respect for each other and the institution of parliament. When the Committee requests information and context, the proper response is to provide what is asked.” 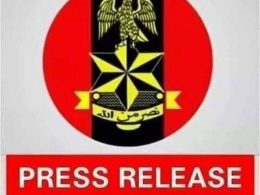 The Nigerian Army(NA) is not unmindful of the antics of individuals or group, whose stock in trade is to peddle falsehood and disinformation to remain relevant in South East Nigeria. One of such scheming, currently in the media domain is the mischievous submission by Kalu Odinakachi, who alleged that the DMI and DSS created and funded BNG, UGM to Enforce-Sit- at Home in a bid to discredit IPOB/ESN. It must be be abundantly clarified that this spurious allegation is unfounded and could be absolutely described as a hoax.
byLateef Idris
No comments

LASAA MD, Docemo, in trouble over illegal employment of 92 Staff as Sanwo-Olu orders their sac

The Managing Director of the Lagos State Signage and Advertisement Agency (LASAA), Adedamo Docemo is going through tough times as the state governor Babajide Sanwo-Olu threatens to show him the way out of the agency over his unilateral decision to employ 92 workers without the governor’s consent.
byLateef Idris
No comments 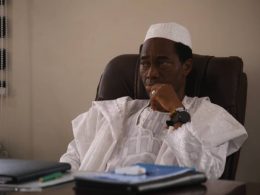 The Ojodu LCDA Legislative Council, led by leader of the house, Hon. Wasiu Seidu has formally approved and passed into law the 2021 Budget of Consolidation which marks the last of the Second term tenure of Ojodu Local Council's Hon. Engr Julius Olumuyiwa Oloro's led administration which is gradually coming to a graceful end.
byLateef Idris
No comments 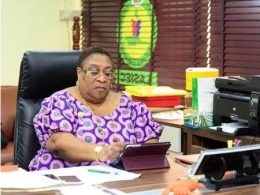 The Lagos State Independent Electoral Commission (LASIEC), has unveiled a new user-friendly website as part of its preparedness for the forthcoming Local Council elections slated for 24th of July, 2021.
byLateef Idris
No comments