Following the Central Bank of Nigeria (CBN) guidelines on the resolution of customers’ complaints, a total of nine banks refunded N36.12 billion to their customers between 2020 and 2021, findings has revealed.

Following the Central Bank of Nigeria (CBN) guidelines on the resolution of customers’ complaints, a total of nine banks refunded N36.12 billion to their customers between 2020 and 2021, findings has revealed.

The apex bank had disclosed that cumulative refund by banks to customers as of December 2021 was at N95.2 billion and advised customers to allow banks resolve their complaints within two weeks.

“If after lodging your complaint and your bank fails to engage you and resolve the complaint within two-week as provided for in the ATM help desk Circular, you have the right to escalate your complaint to the Consumer Protection Department (CPD) of the CBN.

“You can only direct your complaints to CPD upon the failure of your Bank/Financial Institution to resolve your complaint within the two-week timeline given by the CBN, ”the CBN said.

The data collected from the banks’ financial statements showed a significant increase in the number of settlements by the nine banks within the period under review.

However, the Year-on-Year (YoY) refund by the banks dropped by 6.7 per cent between 2020 and 2021 as complaints about issues like dispense errors, controversial deductions are among issues customers continued to trend within the banking industry.

The breakdown revealed that Zenith Bank followed by UBA refunded the highest amount to customers in the two years under review.

Meanwhile, stakeholders have described the frequency of customers refund as an indication of the timely response of banks to their customers’ complaints; although some argued that banks were merely paying for their inefficiency by setting aside a huge amount of money to settle customers since the need for refund wouldn’t have arisen if banks had done their homework very well.

Speaking with THISDAY, Vice President, Highcap Securities Limited, Mr. David Adnori said banks’ response to customers’ complaints is a good omen to the industry given the attendant rise in customers’ confidence, which the bank’s response would engender.

He maintained, however, that the banks don’t have anywhere to hide anymore given the strict monitoring and supervision of the CBN.

According to him, “Any bank that defaults in this regard already knows it has the apex bank to contend with. He added that many banks see the settlement of complaints as a way to market themselves as responsible institutions.”

He said some customers might not be impressed with the huge amount of money set aside for settlement because some of the complaints are time wasting and avoidable.

“Things have changed now as many customers have resorted to mounting serious media campaigns against any defaulting banks. Many customers now rush to Twitter to call out any of the erring financial institutions and since banks wouldn’t want to be trolled on the social media, they have to make provisions for a quick refund,” he added.

For instance, the management of Access Bank said it is fully committed to its core value of passion for customers, stressing that it prides itself on providing exceptional services to customers at all times.

According to Access Bank, “At the same time, given the number and complexity of financial transactions that take place every day, the bank recognizes that there will inevitably be occasions when mistakes and misunderstandings occur.

“In these situations, Access Bank encourages customers to bring their concerns to the attention of the bank for prompt resolution. We handle customer complaints with sensitivity and in due regard for the needs and understanding of each complainant. Efforts are made to resolve customer’s complaints at first level.”

In the same vein, the management of GTCO said it is committed to effective complaint handling and values feedback through complaints when they arise.

GTCO in its 2021 financial year report explained, “The complaints and feedback structure ensure the prompt resolution of customers’ complaints. The Complaints Units GTBank Limited is charged with the responsibility for oversight of the resolution of customers’ complaints. It also serves as the liaison between the Bank and its customers as well as regulatory authorities. Complaints received are given a unique identifier number for tracking purposes, acknowledged and addressed promptly.

“Where a resolution can be provided immediately, the customer is provided with feedback, if not, the issue raised is referred to the appropriate team in the bank for prompt resolution. The customer is kept informed throughout the process until final feedback is provided and resolution attained. The complaint is then marked as closed.”

Almost daily, bank customers have one complaint or the other regarding their banking experience. Greater number of consumer complaints about banking services relate to excess charges, Automatic Teller Machines (ATMs) issues, Point of Sale (PoS), Bank Verification Number (BVN), cheque-related issues, and fraud among others.

As a result of the Covid-19 pandemic, which forced banks to review their operations, complaints about the associated delays in banks have continued to rise.

However, the reality is that some banks’ ATM galleries are always packed full with people spending hours on end just to withdraw cash from the machines. 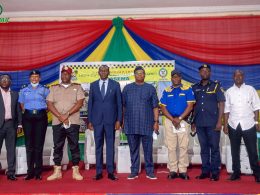 The Lagos State Emergency Management Agency, LASEMA in collaboration with its Stakeholders have devised fresh emergency response strategies to curb the high spate of emergencies and disasters in Lagos State.
byLateef Idris
No comments 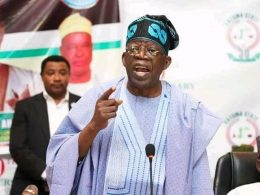 2023: I don’t need to be strong like Ronaldo to lead Nigeria – Tinubu

Former Governor of Lagos State and one of the leading aspirants on the platform of the All Progressives Congress, APC, Asiwaju Bola Ahmed Tinubu, has stated that to lead the country as President, he does not need the strength of a wrestler or a Christiano Ronaldo.
byLateef Idris
No comments 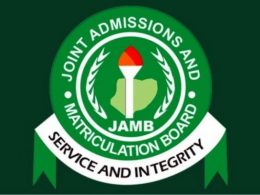 There was mild drama at the headquarters of the Joint Admissions and Matriculation Board(JAMB) Bwari, FCT as a 19-year-old candidate in the 2021 Unified Tertiary Matriculation Examination, Chinedu Ifesinachi John, who accused the board of altering his original score of 380 was handed over to the Police for investigation.
byTayo Aderinola
No comments 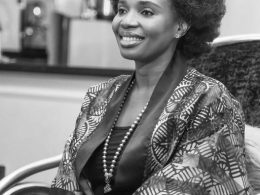