The 12-man committee set up by Sokoto state governor, Aminu Tambuwal to investigate the students unrest at the Shehu Shagari College of Education (SSCOE that led to the dead of Deborah Samuel has submitted its report to the state governor.

The 12-man committee set up by Sokoto state governor, Aminu Tambuwal to investigate the students unrest at the Shehu Shagari College of Education (SSCOE that led to the dead of Deborah Samuel has submitted its report to the state governor.

Receiving the report the governor said having received the recommendation of the committee and heard from the several stakeholders and leaders in the state on the need for the college to reopen, his administration will look into the possibility of doing so.

A statement signed by the Special Adviser to the governor on Media and Publicity, Muhammad Bello said the governor directed the Governing Council of the SSCOE to convene a meeting with a view to reopening the college soonest.

The Governor also assured the people of the state that the government will implement the recommendations of the committee, reiterating his belief that doing so will prevent future reoccurrence not only in affected college but in all tertiary institutions in the state.

Meanwhile, the governor appealed to the federal government and the Academic Staff Union of Universities (ASUU) to find a common ground towards ending the prolonged strike.embarked upon by the union.

According to him, no issues are beyond resolutionand that the parties in dispute should in the interest of the university students and the country, find a common ground.

He observed that there is give and take in negotiations, stating that ASUU and the federal government should shift positions and accommodate each other so that students could return to school.

Governor Tambuwal also appealed to the local chapter of the ASUU of Sokoto state University who are in solidarity with the national body to reconsider their position as the state is making efforts to meet all the demands of the union as reasonably as possible, just as the state government has been paying the varsity staff salary regularly.

In his address before Governor Tambuwal, the chairman of the 12-man investigation committee of SSCOE crisis, Abdullah I Bakale said the committee has done thorough investigation of the matter which led them to write a comprehensive report on the matter.

Following the unfolding national crisis that has stemmed from the #EndSARS protests, a group of “responsible and patriotic Nigerians” organised themselves and made some crucial demands from President Muhammadu Buhari.
byTayo Aderinola
No comments 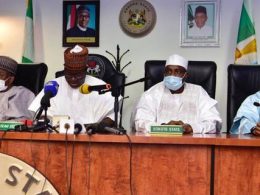 Northern Governors elected on the platform of the All Progressives Congress (APC), have asked President Muhammadu Buhari to consider an aspirant from the Southern part of the country as his successor.
byTayo Aderinola
No comments 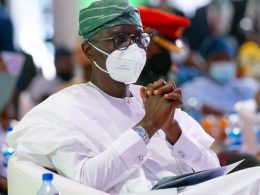 It is common in our clime for praise singers and vuvuzela blowers to be at their best performances, increasing the tempo of their art to crescendo on a day like this for Governors, Presidents and people of high political positions. One can’t blame them. It is their way of validation. The dramatis personae often times are not confused even though the situation may present a blurry image.
byLateef Idris
No comments