Maduekwe said this in an interview with the News Agency of Nigeria (NAN) on Thursday in Abuja.

He said talks are at the concluding stage between NFC, France and National Centre for Cinema and the Moving Image (CNC), towards finalising the agreement, with a signing ceremony scheduled to hold in Paris in September.

“The formal co-production agreement between Nigeria and France is long overdue, whereas, both nations have robust film industries, with their filmmakers exchanging their film trade and profession over the years.

“Both parties are expected to formally create the necessary environment to enable their film practitioners bring their expertise and experiences to bear in the conservation, cataloguing, restoration and digitalisation of classic and vintage films.

“This will among others, strengthen bilateral relations between France and Nigeria in the transfer of skills and best practices, preservation of films and its exhibition from and within both countries,” he said.

Maduekwe explained that Film heritage and literacy; artistic cooperation, distribution and exhibition were key components of the proposed agreement.

He added that the objectives would be actualised through the use of local locations for film projects, expansion of markets and development of skills between the two countries.

“The few key components within the proposed agreement are significant, when situated in the context of Nigeria’s quest to leverage on bilateral relationships with other film cultures to address several challenges.

“This relationship will bind both countries film practitioners who are expected to bring their creative skills, experiences and other perspectives to bear on the co-production process.

“The agreement document is expected to fit into the UNESCO convention of 2005 on the protection and promotion of the diversity cultural expressions to which Nigeria and France were signatories,” he said.

The Chief Executive noted that co-financing of projects by Nigeria and French film makers, including training, skills and technical inputs were some areas of mutual benefits under the agreement.

He added that exhibition and participation of films and stakeholders in film festivals of both countries would also be strengthened by this understanding.

“Ultimately, the objective is to facilitate theatrical reach and distribution markets of international and global appeal”.

He said that, having shared some similarities in the world’s audio-visual space, the proposed co-production agreement between the two countries, would further position Nigeria’s creative industry for more investment inflow.

He added that it was as an opportunity that would ultimately change the scope of film production activities for both countries.

“The agreement between Nigeria and France will result in the expansion of our film, television, video production and distribution.

This aspect would foster and increase the creative ingenuity of upcoming generation of film makers in both nations.

“This is one step initiated by the Nigerian Film Corporation that would pave the way for an integrated development programme for Nigeria’s film industry with a European infusion’’, he said.

For a greater Lagos, we as a people have to face some challenges – Hon Adedamola Richard Kasunmu 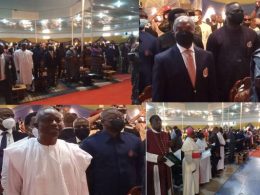 Vice-President Yemi Osinbajo on Saturday in Jos urged Nigerians to be hopeful of finding lasting solutions to insecurity in the country, and to be fervent in prayers.
byLateef Idris
No comments 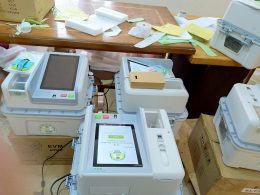 The Nigerian Senate on Tuesday adopted electronic transmission of election results, a position that was contained in the Conference Committee report submitted to the chamber.
byTayo Aderinola
1 share
1
0
0
No comments 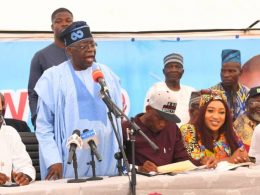 The Presidential Candidate of the All Progressives Congress, Asiwaju Bola Ahmed Tinubu, has declared that mentioning the name of the Deputy Governorship Candidate of the Peoples Democratic Party in Lagos State, Funke Akindele, (in his presence) is an insult.
byTayo Aderinola
No comments