African club football Powerhouse Al Ahly is not satisfied with the date recently released for the 2021 FIFA Club Worldcup as it incidentally clashes with the African cup of Nations which begins on January 9th in Cameroon.

African club football Powerhouse Al Ahly is not satisfied with the date recently released for the 2021 FIFA Club Worldcup as it incidentally clashes with the African Cup of Nations which begins on January 9th in Cameroon.

The African Cup of Nations will run through January 9th – the 6th of February 2022, while the FIFA Club Worldcup has been scheduled to run through February 3rd – 12th 2022 a date which isn’t okay with the Egyptian side who has at least seven to nine of their regulars in the Egyptian national team while three more stars in Ali Maaloul (Tunisia), Aliou Diang (Mali) and Badr Banon (Morocco) are likely to be with their respective national teams.

This means Al Ahly may go to the FIFA Club World Cup without 12 of their star players due to the clash of dates with the AFCON tournament.

However, the club in its statement released has decided to write to three football bodies to express their dissatisfaction and hope that an adjustment is being done by FIFA, “Al-Ahly club decided to send letters to the Egyptian Football Association, the Confederation of African Football, and the International Football Association, to raise the damage caused to the football team due to a conflict of dates between the Club World Cup, which will be held during the period between February 3-12, and the African Nations Championship. It will be held from January 9 to February 6.

“In its letters sent tomorrow, the club will request the necessity of solving this crisis, in a manner that does not conflict with the interest of the national team and the interest of Al-Ahly, the representative of Egypt and Africa in that world championship.

“The national team includes between 7-9 players from Al-Ahly, in addition to the presence of a number of its professional players in the ranks of their national teams, such as Ali Maaloul, Aliou Diang and Badr Banon, which will affect the team because of the participation of these players with their national teams in the African Nations Cup”, The club statement reads.

Al Ahly will take on Mexican side FC Monterrey in the second round of the Club World Cup, and should they win, they will face ES Palmeiras of Brazil in the semi-finals. 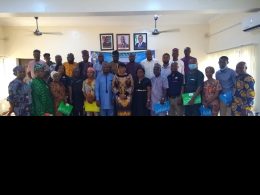 Procurement process would strengthen the due process of sourcing for goods and services with government funds.
byLateef Idris
4 shares
4
0
0
No comments

The Confederation of African Football (CAF), is prepared to conduct the draw for the 2019 African Cup of…
byTayo Aderinola
No comments 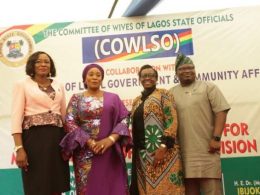 Wife of the Governor of Lagos State, Dr. Ibijoke Sanwo-Olu, has charged market leaders in the state, to ensure proper sanitation and security of the markets.
byLateef Idris
No comments 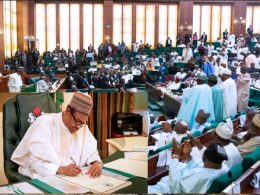 Speaker of the House of Representatives, Femi Gbajabiamila has read President Muhammadu Buhari’s letter explaining why he declined to sign the Electoral Act Amendment bill.
byLateef Idris
No comments