The journalists and activists invited all played salutary roles in the fight to validate the June 12, 1993 election, annulled by the Babangida junta.

Others are Bayo Onanuga, Kunle Ajibade, who represent TheNews and TEMPO, Nosa Igiebor of Tell Magazine.

Mr Kayode Komolafe and Senator Janathan Zwingina who worked on the Abiola campaign were also invited, along with Comrade Frank Ovie Kokori, who was the leader of the oil workers union, NUPENG.

Prof. Humphrey Nwosu, the chairman of the National Electoral Commission, stopped by the junta from announcing all the collated results, is also on government’s guest list.

President Muhammadu Buhari on Wednesday corrected the injustice of the annulment by announcing the highest honour of GCFR for Abiola, who won the election.

He also said that with effect from 2019, June 12 will become Nigeria’s Democracy Day, as against May 29, which marked the transfer of power from the military to the civilians.

Read rest of the statement below.

2. Accordingly, Ambassador Babagana Kingibe , the family of the late Bashorun M.K.O. Abiola and that of Chief Gani Fawehinmi , along with the underlisted key players of June 12 struggle are cordially invited:

· Members of the National Executive Committee of the SDP including States Chairmen and Secretaries at the time of June 12, 1993

· Speakers of the States Assembly elected under SDP platform

4. Accommodation has been reserved for all invitees at the NICON Luxury Hotel, Tafawa Balewa Way, area 11, Garki, Abuja from Monday, 11th June 2018. For further inquiries please contact William Alo, Permanent Secretary, Special Duties Office, Office of the Secretary to the Government of the Federation by telephone on +234 803 585 4332.

5. Invitation letters have been despatched. However, should the invitation arrive late, this publication serves as a formal invitation.

Secretary to the Government of the Federation 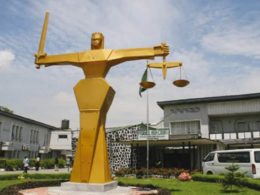 The Supreme Court on Monday reserved judgment in the suit filed against the Federal Government by the 36 State Governments over the funding of superior courts created by Section 6 of the Constitution.
byLateef Idris
No comments 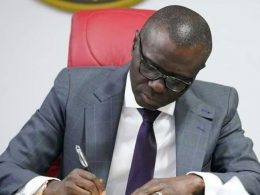 The Lagos State Governor, Mr. Babajide Olusola Sanwo-Olu, has approved the release of over N290 million for Bursary and Local Scholarships to qualified beneficiaries in tertiary institutions across the country.
byTayo Aderinola
No comments 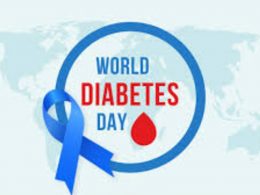 2022 World Diabetes Day: Beyond rhetoric, any hope for people living with the condition?

World Health Organisation (WHO) report says the prevalence of diabetes is increasing among people of all ages and many people in developing countries are battling with managing the condition every 20 minutes.
byTayo Aderinola
No comments