The governor-elect of Ekiti, Dr Kayode Fayemi, said his victory in Saturday’s governorship election is very significant for the future of democracy in Nigeria.

“This was just not an Ekiti election, I want people to understand that this election has a lot of significance to the future of democracy in Nigeria.

” The fact that we have witnessed a free, fair and transparent election process has huge importance for similar exercises like Osun State next door to us and eventually the national elections in February 2019,” he said.

Fayemi spoke on Sunday while addressing the newsmen in Isan-Ekiti shortly after he was declared the winner of the governorship election.

He said: ” The victory of this election, I believe, is for reclaiming the land and restoring the values of our people.

“Our values in Ekiti are respect for our leaders, commitment to our people, non-brigandage, nor criminality and so on.

The governor-elect thanked all the APC leaders, including President Muhammadu Buhari, National Leader of the APC, Sen. Bola Tinubu, former governor of Ogun, Chief Segun Osoba, former interim Chairman of the party, Chief Bisi Akande, as well as party leaders in the state.

He also thanked his family members, especially his wife, Bisi, for their support during the election campaign.

Fayemi first became governor of the state in 2010, after a three year legal battle to reclaim his 2007 victory. He lost re-election in 2014 following massive rigging for his successor, Ayodele Fayose, by the Peoples Democratic Party. 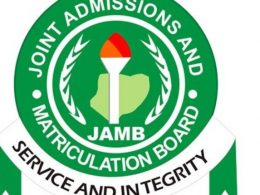 JAMB scraps mop-up UTME, insists on no bio-metric, no examination

The Joint Admissions and Matriculation Board (JAMB) says it will no longer conduct mop-up examinations for candidates for the Unified Tertiary Matriculation Examination (UTME) who are not bio-metrically verified.
byLateef Idris
No comments 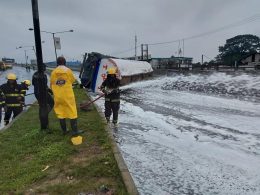 What would have resulted in a major fire outbreak was, on Tuesday, averted by the Lagos State Emergency Management Agency, LASEMA, in Costain, Lagos, after a fuel-laden tanker fell while ascending a bridge.
byTayo Aderinola
2 shares
2
0
0
No comments

Former Deputy National Publicity Secretary of the All Progressives Congress, Timi Frank, who is now working with Atiku…
byTayo Aderinola
No comments