Following the increasing rate of fake news in the society, the Oyo State Council of Nigeria Union of Journalists (NUJ) has commenced clampdown on fake journalists in the state to enhance professionalism.

A communiqué issued at the end of the council’s monthly congress on Saturday in Ibadan quoted the union as warning those who parade themselves as journalists without any genuine and verifiable medium to desist or be made to face the full wrath of the law.

The News Agency of Nigeria (NAN) reports that the union had during a deliberation on salient issues affecting it, frowned at the alarming rate of fake journalists within the state.

It stated that those who indulge in such practices would henceforth not be recognised at the union’s assignments.

The NUJ called on members to take seriously the on-going bio-metric registration and pay their check off dues, adding that such were preconditions for membership recognition.

It cautioned employers on the engagement of media practitioners as casual workers, contract staff, freelancers or other non-regulated form of employment, saying it was a crime against the profession and the union.

The union re-emphasised its ban on press conferences outside its premises, saying such effort was to ensure their safety.

It enjoined members to learn lessons from a recent episode in Osun State where some journalists were brutalised at an exclusive assignment held in a hotel.

The union urged politicians in the country to play the game according to the rules, frowning at the unfortunate situation that led to the closure of Broadcasting Service of Ekiti State (BSES), Ado Ekiti.

It commended security agencies for their conduct during the last Ekiti State Governorship election which protected NUJ members from being harassed or intimidated in the course of their duties.

The union charged them to ensure same protection to journalists in the coverage of the Osun State Governorship election and the 2019 general elections.

The union observed the deplorable conditions of the federal roads linking Ibadan to other towns in the state, particularly Oke-Ogun and Ibarapa and called on the government to pay serious attention to them.

It stated that the Federal Government could in the alternative mandate the state government to commence rehabilitation of the roads and reimburse them in appreciable time. 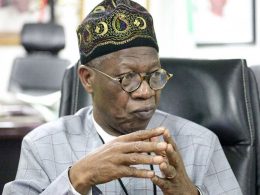 Human Rights Writers Association of Nigeria, HURIWA, has told the Minister of Information and Culture, Alhaji Lai Mohammed to speak less about the ongoing terrorism in Nigeria or shut up totally.
byLateef Idris
No comments 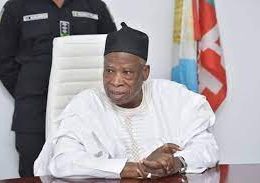 National Chairman of the All Progressives Congress (APC), Abdulahi Adamu, on Sunday, debunked the speculations that President Muhammadu Buhari preferred zoning the party’s 2023 presidential ticket to the South.
byTayo Aderinola
No comments 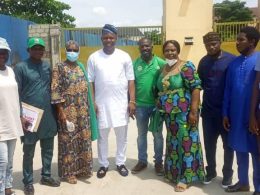 In a swift reaction to the "Save Our Soul appeal letter'' to the Governor of Lagos State, Mr. Babajide Olusola Sanwo-Olu, dated 1st October, 2021,
byLateef Idris
No comments