After series of interview rescheduling I eventually engaged the representative of the Ikeja Constituency I in the Lagos State House of Assembly HON JIMI LAI-MOHAMMED in an incisive interview. The young, hardworking and energetic House Committee Chairman for Energy and Mineral Resources spoke on the Lagos State IPP, Lagos oil exploration, his 2018 plans for his constituency and lots of other salient issues. Please enjoy excerpt from the interview.

Kindly introduce yourself to our readers

Lai-Mohammed: My Name is Folajimi Lai-Mohammed, representing the Ikeja constituency 1 in the Lagos State House of Assembly.

As the House Committee Chairman for Energy what are you doing to stall estimated billing of members of your constituency and Lagos State?  In view of the fact that the Federal energy affairs is in the hands of a former Lagos State governor.

Recently Governor Akinwumi Ambode said plans are at advanced stages to generate constant electricity for residents and possibly private organizations in the state through the Independent Power Plants. What is your committee doing to regulate and foster this initiative?

Lai-Mohammed: I am not aware they are intervening with the Private companies, what I am aware of is they actually and they have started with the former regime to power all public infrastructures, so as we speak now we have about 5 Independent power plants, 5 IPPs. You find out that IPPs are built to support and strengthen our public infrastructures such as schools, dams, street lights, hospitals are on these IPPs so to that extend there is not much break in power because these are the infrastructures which support the life of the citizens.

So what is your committee doing to foster this development?

Lai-Mohammed: Well there has been an executive bill which has gone through the second reading. It is called the embedded power scheme. The Embedded Power Scheme, what it intend to do is to declusterise the electric sectors. So what happen is that you’re going to have different clusters of different independent power providers in different areas. I’ll break it down, say someone who lives in Ikeja who is going to be an independent embedded power provider who is going to supply people within Ikeja axis, where there will be willing buyer and willing supplier. So the system is going to be ringed fenced. So what happen is that there is no particular cluster where people dependent on a particular source.

Oil exploration in Lagos State, the state has joined the league of Oil Producing state, what is your committee doing to avoid the oil companies and communities rancour as witnessed in the Niger-Delta?

Lai-Mohammed: With respect to that, the executive in their wisdom have already setup a committee and the committee I believe is even setup today as we speak, where they have foreseen a certain thing of this nature will come to live. So what they have tried to do is to appeal to them, engage them in the oil production unit so that in the future when there is issue of oil spillages which is inevitable, unrest which is almost inevitable sometimes they can easily come to an amiable settlement, an amiable ground of engaging them.

This being 2017 year-end, what are the positive signposts of your legislative   contributions to your constituents and what are your planned contributions for 2018.

Lai-Mohammed: Legislative wise, most times is always a difficult one but in terms of engaging, in terms of public infrastructures, where you can lobby for things to be done within the constituency, yes! What we need to know is that the assembly is one and what is peculiar cut across most of this constituents, they are almost the same. If it’s not the issue of poverty alleviation, its unemployment what we do is to leverage on our social connection or political connection to alleviate most of these sufferings, so to that extent yes. Issues of job employments we’ve been able to do, issues of poverty alleviation we’ve been able to do, there are more to come.

As a privileged youth, what are your specific initiatives to better the lot of the youths of your constituency as a spring board to bettering the lot of Lagos youth?

Lai-Mohammed: It’s by engaging them into vocational institutions and actually providing employments for them and sustenance is extremely key when we look at these things right now. In the coming months I am about to embark on certain vocational employment programmes, because the needs of different wards vary you can understand that coming from GRA the needs might be different from that of Onilekere ward, from the 2 different extremes. So we’ve been able to select peculiarly, I mean sometimes they might not even be the need relating to the youth it might be basic things such as transformers, we need transformers because we need light, if we do get light here we are able to go back to our vocation, the vulgarizer’s can work, the plumbers can work, the tailors can sew, the barbers can cut their hair so if comes to those issues it’s usually what happens. It’s all about employment most times.

Lai-Mohammed: Well you see in all tiers of government as much as they are independent of each other there is need for some sort of oversight function, how you use your oversight function is what that matters and we shouldn’t see oversight function as a punitive measure, it’s not a punitive measure. It’s more of an accounting measure, where you’re making people accountable to the people who had given to you and this is why most times we sit down and we find ourselves at the helm of affairs trying to make sure that things are done properly and according to which it should be done. So I think shouldn’t be any worries; it’s not punitive measures from the assembly members, it’s just to make sure a proper oversight where it should be done because at the end of the day we ourselves are answerable to the people and we should be able to say this is what we did to tell this person not to do that in the future.

At the national level, the defection of Alhaji Atiku from the APC is common knowledge, what do you think of the effect of this move on the general picture of politics in 2019?

Lai-Mohammed: Well you see Alhaji Atiku has been an integral part political history of Nigeria, his movement or defection from one part to the other he would have his own personal reasons and would its own personal effects as to how he move to certain parties, his intention would only be known by him and some school of thought would say it might have been a big blow to him and some would say it is in the interest of what he wants to do however to the party as a whole, the party needs to be able to move on when things of this nature have arrived, he didn’t just leave without signs of him going to leave.  However his leaving because has been an integral part of the system yes someone want to be a loss to the party but to whether is a colossal loss I am not sure about that. The party need to move on and make sure no one should feel indispensable regardless of the political party.

What is your advice for aspiring youths for political position or even hoping to setup their own private business considering the state of the economy?

Lai-Mohammed: One word perseverance, it’s tough but they just have to persevere because even sitting here as a member of the state assembly the expectations of the people outside of here it’s a lot of perseverance that I need to imbibe myself.

Thank you it’s really nice talking to you (Handshake). 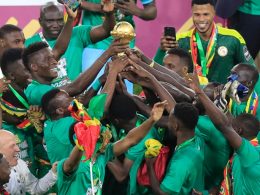 Senegal have won the Africa Cup of Nations for the first time in their history after beating Egypt on penalties in Sunday’s final.
byTayo Aderinola
1 share
1
0
0
No comments

Minister of Works and Housing, Mr Babatunde Fashola has said that a total of 524 road projects were…
byTayo Aderinola
No comments 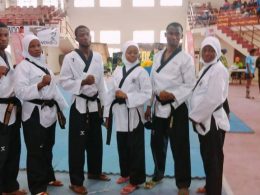 Lagos State has won it first gold medal at the ongoing Edo 2020 National Sports Festival. Amina Idris, a female taekwondo athlete hauled three medals for Team Lagos in the Poomase event on Monday and will go down in the history of the state’s outing in the festival for giving the state her first gold medal of the national tournament.
byTayo Aderinola
No comments

Barely five days to the end of the year 2020, the Central Bank of Nigeria has disclosed that a survey carried out by its Statistics Department revealed that the naira is expected to depreciate further in January 2021.
byTayo Aderinola
No comments