The National Emergency Management Agency (NEMA) on Monday raised the alarm over more devastating flooding next year if necessary steps are not taken by Federal, State and local governments.

The National Emergency Management Agency (NEMA) on Monday raised the alarm over more devastating flooding next year if necessary steps are not taken by Federal, State and local governments.

The Director General of NEMA, Mustapha Mohammed, made this known when he appeared before the Senate Committee on Special Duties to defend his agency’s 2023 budget.

He lamented that early warnings given to the States in 2022 by the agency were ignored, leading to destructive effects in all the affected areas.

Mohammed said: “Let me also use this opportunity to prevail on the committee to intervene on our behalf. We have written to states several times. This flood is still coming in 2023.

“They must be advised early to set up State Emergency Management Agencies (SEMAs) and local emergency committees and fund them adequately.

“We gave similar warning last year but our advice was ignored.”

He informed the lawmakers that despite early warnings issued to state and local governments whose areas are flood-prone, none of them had taken any positive steps to mitigate it.

He explained that the Federal Government had opened up the nation’s silos and released 12,000 tonnes of grains already which have been shared to all the 36 states of the federation.

He noted that state governments need to do more in disaster management instead of abandoning the menace it to the federal government.

The DG said the National Assembly should help to inform the states early enough to avoid another devastating flooding and its effects.

He said: “NEMA lacked adequate personnel to handle disaster management. State governments should help. We do not enjoy hazard allowance.” 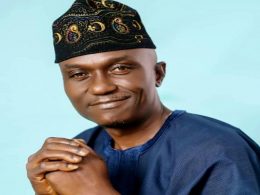 Gbolahan, the son of former Lagos Deputy Governor, Prince Abiodun Ogunleye, has won the All Progressives Congress (APC) ticket for the House of Assembly in Ikorodu Constituency 1.
byLateef Idris
No comments 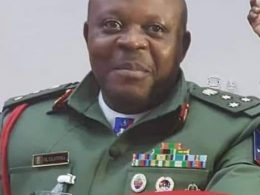 The Senator representing the Lagos East Senatorial District in the National Assembly, Distinguished Senator Mukhail Adetokunbo Abiru, FCA has commiserated with President Muhammadu Buhari and the entire nation over the unfortunate passing of military officers who died in plane crash on Friday.
byTayo Aderinola
No comments 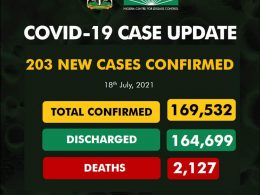 Nigeria on Sunday recorded an increase in new COVID-19 cases after 203 infections and one death were confirmed across the country. According to data from the Nigeria Centre of Disease Control, (NCDC) Lagos took the lead with 186 new cases.
byTayo Aderinola
No comments