Lagos State Attorney-General and Commissioner for Justice, Mr. Moyosore Onigbanjo (SAN) on Wednesday justified the State Government’s White Paper on the Judicial Panel of Inquiry (JPI) on the report of Lekki Tollgate incident, saying the State complied with the laws and the weight of evidence presented in the Judicial Panel of Inquiry to reach a decision on panel’s reports.

Lagos State Attorney-General and Commissioner for Justice, Mr. Moyosore Onigbanjo (SAN) on Wednesday justified the State Government’s White Paper on the Judicial Panel of Inquiry (JPI) on the report of Lekki Tollgate incident, saying the State complied with the laws and the weight of evidence presented in the Judicial Panel of Inquiry to reach a decision on panel’s reports.

He said the positions of the Lagos State Government as stated in the White Paper was not contrary to the panel’s findings, especially the evidence of the Pathologist, Prof. John Obafunwa, who said only three of the bodies that he conducted post mortem examination on during the EndSARS protests were from Lekki, and out of them, only one had gunshot injury.

Onigbanjo spoke during a Morning Show interview programme on Arise Television on Wednesday to discuss the White Paper released by Lagos State Government on the report of the Judicial Panel of Inquiry on Police Brutality and the Lekki Toll Gate incident of October 20, 2020 in Lagos.

It would be recalled that Lagos State Government in the White Paper released on Tuesday accepted 11, rejected one and agreed on six with modifications out of the 32 recommendations made by the Judicial Panel of Inquiry on the Lekki Tollgate shootings. It also stated that 14 recommendations fall outside its powers and would be forwarded to the Federal government for consideration.

Prior to the release of the White Paper, Lagos State Governor, Mr. Babajide Sanwo-Olu during a statewide broadcast called for harmony and invited youths, especially prominent members of the EndSARS campaigners and members of the civil society organisations to join him in a ‘Peace Walk’ to herald healing of Lagos State.

Onigbanjo said inconsistencies and contradictions in the leaked reports of the Judicial Panel of Inquiry on Lekki incidents that nine people died at Lekki Tollgate last year made the panel’s finding in respect to deaths at the tollgate unreliable, saying that for a finding that somebody died at a scene to be acceptable, there must be no doubt.

He said: “The position of Lagos State Government is based on the findings of the panel itself. So, it is not that Lagos State Government just conjured things from the air. We went through the report and what we saw particularly in reference to the death of nine persons is that they found the evidence of the Pathologist, Prof. Obafunwa, who conducted an autopsy on all the bodies picked up all over Lagos during the protests, not just at Lekki Tollgate but statewide, credible and there was no evidence to the contrary.

“Prof. Obafunwa said that of all the bodies he conducted autopsies on, three came from Lekki and out of the three only one had gunshot injuries. And the panel then said we believe you, we accept your evidence because there is nothing to the contrary. So, in law, if you put that on the imaginary scale, it means what Prof. Obafunwa said outweighs every other evidence before the panel.”

Onigbanjo also debunked the allegations that the Judicial Panel of Inquiry made no reference to policemen nor took them into consideration.

“They (JPI) issued two reports. The report that leaked only dealt with the issues from the Lekki Toll Gate. There is another report which they issued which was not leaked; that report deals with all the EndSARS petitions that were about 253 in number and of the 253, policemen also brought their own petitions and in that report, the panel awarded a sum of about N36.2million to the policemen who were affected one way or the other by the protests.

“So to be fair to them, they did consider the plights of the policemen too. And even if you look at most of their recommendations, they are for better welfare for the police, better equipment, more training, psychological evaluations, so they took them into consideration,” he said.

The Attorney-General also denied the allegations that Lagos State Government was put under pressure by the Federal Government to discredit the panel’s report, adding that at no time did the State Government encourage personal attacks against any members of the Judicial Panel of Inquiry.

“Even yesterday, in his speech, which he made before the White Paper was released, he thanked them again. So, nobody from the Lagos State Government directly or indirectly has sought to discredit members of the panel. We appreciate the job they did for almost 13 months. We do not condone such attacks on anybody.

“I think we have conducted ourselves in such a manner that we strive to always do what is right. We complied with the law; we set up the panel. So, if we didn’t even want the panel, there are so many ways it could have been stopped. They asked for an extension, we gave them. The initial funding was N200million; they exhausted it and asked for more, we gave them.

Commenting on a few of the EndSARS activists turning down the requests by Governor Sanwo-Olu for a Peace Walk this month, Onigbanjo said the government will persuade Civil Society members to change their minds.

“As regards the issue of some civil society members who have said that they will not participate in the peace walk, of course, the government will seek to persuade them to change their minds, because ultimately we all thrive in peace. There is no government that wants to see a war-torn city, a war-torn State or even a State in which there is so much tension. 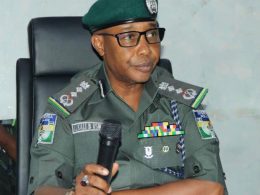 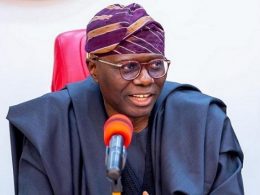 We have not decided to replace Sanwo-Olu, says GAC

A former Minister of Aviation, Femi Fani-Kayode, has withdrawn the “stupid” word he used on a Daily Trust…
byTayo Aderinola
No comments