In continuation of on-the-spot assessment of vandalized government property by hoodlums in the wake of the violence that trailed the #EndSars protest, the Speaker of Lagos House of Assembly, Mudashiru Obasa and members of the assembly were at Lagos High Court, Igbosere, Lagos.

The Speaker’s entourage was taken around the vandalized court by the Chief Judge of Lagos State, Justice Kazeem Alogba who described the damage of the High Court “as a colossal loss that has set the judiciary back by several years.”

The Speaker and his team were also at City Hall, Lagos Island, BRT Terminals at Oyingbo and Ojodu-Berger, Public Works Corporation, Ojodu-Berger and Somolu Local Government area that were also touched by the vandals.

Lagos State Water Regulatory Commission (LASWARCO) has reiterated its commitment to ensure that water and wastewater services are effectively managed, just as it declared its determination to also regulate all water production activities in the State.
byTayo Aderinola
No comments

Why we’re number one in Service Charter – Isolo General Hospital

Making staff part of decision-making process, teamwork and appreciation are some of the motivational indices that have kept…
byTayo Aderinola
No comments 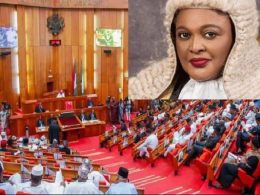 The senate has strongly condemned the invasion of the Abuja home of Mary Odili, a justice of the supreme court.
byLateef Idris
No comments 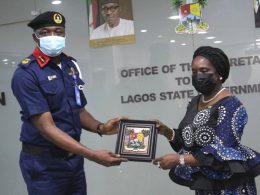 The Lagos State Government has emphasised the need for a robust partnership with the Nigeria Security and Civil Defence Corps (NSCDC) in its quest to curb the spread of COVID-19 among the people and prevent further spread of the new variants ravaging the world.
byLateef Idris
No comments