The Eko Electricity Distribution Company (EKEDC) on Thursday expressed its determination to improve on its estimated billing system to reduce incidence of “crazy bills”.

Idemudia said that the company had included metering of Distribution Transformers (DT) to its meter roll out plan.

He said that the company had metered 150 units of 500KVA Distribution Transformers from September 2017 till date.

According to him, the company also installed 7746 individual meters in 2018.

Idemudia said that metering through the DT would enable the company to determine the exact amount of energy consumed in an area, adding that customers would be billed based on readings from the meters installed.

He said that the effort was done to bridge the metering gap of customers who were yet to have individual meters.

This, Idemudia said, was to significantly increase accuracy of bills distributed and help the company in its efforts to curb energy theft.

He pleaded with customers yet to be metered to bear with the company, adding that efforts were being made to meter all customers within their network.

He also advised customers to assist the company in its fight against energy theft and unlawful activities by using the whistle-blowing platforms to reveal or report illegal and unethical activities.

He said these platforms were safe, confidential and secured ways of alerting the company of illicit activities.

Idemudia said that they could also be used to report unscrupulous elements of the company involved in illegal activities of fraud and extortion of customers. 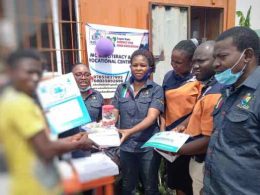 School In The Street, a non-profit tuition-free educational centre, in partnership with Lagos State Agency for Mass Education has opened its first mobile literacy and vocational centre in Ikorodu.
byLateef Idris
No comments

The Speaker of the Federal House of Representatives, Rt. Hon Femi Gbajabiamila has opined the need to review…
byTayo Aderinola
No comments 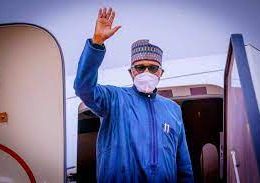 The Alliance for the Survival of COVID-19 and Beyond (ASCAB) has described President Muhammadu Buhari’s medical trip to the UK as a violation of the National Health Act.
byLateef Idris
No comments

The Lagos State Chapter of the Nigerian Union of Journalists (NUJ) has charged its members to key into the State’s Health Insurance Scheme for proper care of their health.
byLateef Idris
No comments