The materials which were being moved from the Ado Ekiti Branch of the Central Bank, (CBN) to the headquarters of each of the 16 Local Governments, were accompanied by fully armed security men.

As at 1pm on Thursday, long queues of of INEC delivery vans were seen at the Ado Ekiti branch of the CBN, waiting for the materials.

Fully armed men of the Nigeria police, who were at the distribution venue cordoned off the area during the exercise.

Spokesman of INEC in the state, Alhaji Taiwo Gbadegesin told NAN that apart from using the police to secure the materials, the commission is also tracking all the vehicles that conveyed them so as to guard against possible hijack.

” All we are doing is to maintain our stand on transparency and openness, even as we also guard against infiltration

” The other reason why we are keeping to our plans and programmes is that we do not want any failure, especially on issues concerning late arrival of voting materials at all voting venues”, he said. 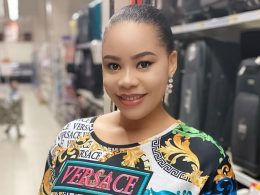 Ahead of May 29 swearing in for elected officials, Lagos Governor-elect, Babajide Sanwo-Olu, has approved a 17-man committee…
byTayo Aderinola
No comments

As parts of measures to control the spread of Coronavirus, the Lagos State government is set to launch…
byTayo Aderinola
No comments