The Deputy Inspector General of Police (DIG) in charge of Operations, Mr Habilal Joshak, has assured residents of Ekiti of a level playing ground during Saturday’s governorship election.

The DIG gave the assurance at a news conference on Wednesday in Ado-Ekiti.

He said the Force was ready to perform its statutory duties of protecting lives and property before, during and after the election.

Joshak noted that a robust security mechanism had been put in place for not only the electorate but all stakeholders participating in the election.

He, however, said all police officers attached to very important personalities would be withdrawn on the day of the election, adding that “this is to ensure a level playing ground for everyone.’’

Joshak said any police officer found to have contravened the guidelines of the Electoral Act 2010 (as amended ) will be sanctioned.

“I assure Ekiti citizens that no officer will intimidate any one during the process of the election; if any officer does, such officer will be sanctioned,’’ he said.

He also said that there would be restriction on vehicular movement on the day of the election, adding that the entrance and exit points in the state would be properly manned.

The police boss warned the electorate and party agents to be well behaved and avoid loitering, saying any attempt to disrupt the orderly manner of the election would be dealt with.

He also warned the people of the state against being armed and wearing of party insignia on the day of the election.

Joshak , who also warned against distributing money at polling units, urged media professionals to ensure accurate, unbiased and responsible reportage before, during and after the election.

The DIG explained that four policemen would be deployed to man each polling unit with the assistance of other sister security agencies.

He pointed out that the military had also been deployed to patrol on the outer perimeter of the state.

“They will not be seen at polling units except when there is complete disturbance.

“I want every citizen of the state to feel free and come out to cast their votes”, the DIG said. 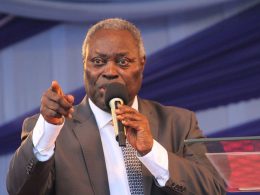 COVID-19 is not fake, it almost killed one of our pastors – Kumuyi

The General Superintendent of the Deeper Life Bible Church (DLBC), Pastor William F. Kumuyi, has affirmed that the COVID-19 virus is not fake.
byLateef Idris
No comments

Coronavirus: Nigerian doctors will not be sidelined – Minister 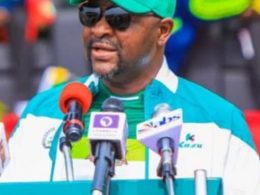 The Minister of Youth and sports Development, Mr Sunday Dare, has affirmed that Nigeria can only assemble the best Athletes in an Open National trial where everyone will be given equal opportunity to qualify for the Olympics.
byTayo Aderinola
No comments 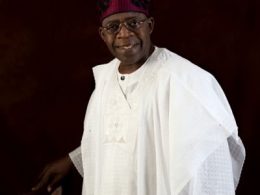 We won’t do what is comfortable but what is right for Nigerians, says Tinubu