Education will continue to be a major priority in THEMES Agenda, Sanwo-Olu says as he host the one-day Governor

Lagos State Governor, Mr. Babajide Sanwo-Olu, on Friday expressed his Government’s commitment to quality education in the State, saying education will continue to be a major stake in the THEMES agenda of his administration in order to improve the learning outcome of students in public schools.

Lagos State Governor, Mr. Babajide Sanwo-Olu, on Friday expressed his Government’s commitment to quality education in the State, saying education will continue to be a major stake in the THEMES agenda of his administration in order to improve the learning outcome of students in public schools.

He said his government would continue to improve on the ambience of learning in public schools to bring out the best in students across the State.

Speaking on Friday while receiving the One day Governor, Miss Eniola Ajala, who is the winner of the 2018 New Era Spelling Bee Competition and her cabinet members at the Lagos House, Ikeja, Governor Sanwo-Olu said the competition is about excellence to encourage students and youth population in Lagos State.

Governor Sanwo-Olu who commended the Ministry of Education as well the Office of Education Quality Assurance in the ministry for their efforts and tenacity in improving education sector, urged students in various schools in the State not to relent on their oars to be the best and be committed to reach their goals in life.

The Governor who applauded Ajala for demonstrating confidence, knowledge, eloquence and pride, admonished her and others to be steadfast and not to allow the little feats they got to get to their heads.

He promised to fulfill the requests made by the One Day Governor, among which were rewards for teachers, principals and infrastructural improvement in schools.

He said the competition, which had started for the 20 years was not about race nor tribe but an excellence platform available to students of public schools in Lagos.

In her remarks, the One day governor while holding an extraordinary Exco meeting with the State Executive Council at the Exco Chamber with her cabinet members, thanked Governor Sanwo-Olu’s administration for the honour bestowed on the winners of the school competitions.

She commended Governor Sanwo-Olu’s administration THEMES agenda and how the efforts of the governor in handling the COVID-19 pandemic.

She enjoined students to be focused determined, prayerful and committed in order to overcome their challenges in life.

Ajala appealed to Governor Sanwo-Olu to provide more infrastructure in schools that produced winners of the competition, adding that her parents, who she commended for bringing her up properly, should be rewarded also by the Lagos State Government.

Speaking to journalists at the event, the Director General, Office of Education Quality Assurance, Abiola Seriki-Ayeni, said the winners of the Spelling Bee competition will be sponsored on a tour programme to Finland.

“Former First Lady, Senator Oluremi Tinubu started the Spelling Bee Competition for public schools students and 20 years later the programme still exists; that says a lot about Lagos State Government.  To prepare for the Spelling Bee Competition takes a lot; it takes perseverance, hardwork and consistency, and that is what we expect our students to be able to do to prepare them for the future.

“It is good to know that all the winners of the One Day Governor and Spelling Bee Competition have succeeded in their various areas. We have people that are now lawyers, Ph.D holders, medical doctors and professionals in other areas. We have those who are currently employed in Lagos State Government,” she said. 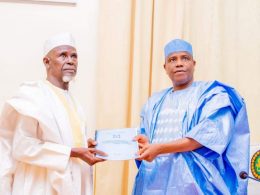 The 12-man committee set up by Sokoto state governor, Aminu Tambuwal to investigate the students unrest at the Shehu Shagari College of Education (SSCOE that led to the dead of Deborah Samuel has submitted its report to the state governor.
byTayo Aderinola
No comments

One dead in Lagos gas explosion

The Lagos State Emergency Management Agency (LASEMA) has recovered a body from a gas explosion that occurred on Monday at Alafia bus-stop, Orile Iganmu, while four other persons were injured.
byTayo Aderinola
17 shares
17
0
0
No comments 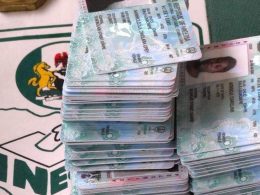 PVC will be ready in October, November, says INEC

The Independent National Electoral Commission, INEC, on Saturday said the Permanent Voters Cards, PVC, for persons captured in the ongoing Continuous Voters Registration, CVR, would be ready in October and November.
byTayo Aderinola
No comments