A commercial bus driver, Obinna Obasi, was sentenced to one month imprisonment for stealing a police officer’s wallet containing some items, including N33,000 and $20.

The Magistrate, Mrs Ope Agbe, who sentenced Obasi, said he was guilty as charged, following his plea of guilty.

Agbe sentenced him to one month imprisonment without an option of fine.

The prosecutor, Sergeant Cyriacus Osuji, had told the court that Obasi committed the offence on August 28 at Chevron Roundabout, Ajah, Lagos.

Osuji told the court that Obasi had pleaded with the complainant to follow him to his panel beater to fix the SUV for him.

He said that the complainant agreed and carried the accused at the back seat of her car to the panel beater’s shop.

“The accused ran away and abandoned the complainant at the panel beater’s shop.

“The complainant later found out that the wallet she kept at the back seat and its contents were missing.

He said that the offence contravened Section 287(7) of the Criminal Law of Lagos State, 2015. 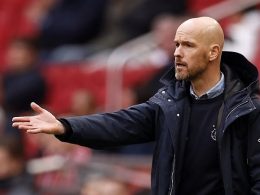 Manchester United boss, Erik ten Hag, has hit out at his players following their Premier League 2-1 defeat to Brighton on Sunday.
byLateef Idris
No comments 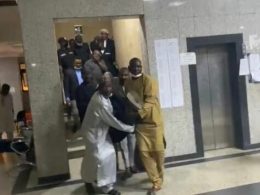 The sudden death in Lagos of Olanike Disu, a tax expert and a former director at the Lagos Internal…
byTayo Aderinola
No comments