Diezani Alison-Madueke in another $1.3b mess

The money was removed from the accounts of the Nigerian National Petroleum Corporation (NNPC) without relevant approval.

Report says that the withdrawal of the cash was ostensibly to fight kidnapping and other security threats in the Niger Delta.

Former President Goodluck Jonathan is reported to have given the approval to
Diezani Alison-Madueke.

The withdrawal was neither authorised by the National Assembly nor the Federal Executive Council (FEC).

The former Coordinating Minister for the Economy and Minister of Finance, Dr. Ngozi Okonjo-Iweala, is also believed to be unaware of the deductions from the NNPC accounts.

Diezani Alison-Madueke is reported to have only relied on a memo from ex-President Goodluck Jonathan without recourse to the board of the NNPC.

A former Group Executive Director, Finance and Accounts of NNPC, Mr. Bernard Otti, has been quizzed by Economic and Financial Crimes Commission (EFCC) detectives over the money.

Otti is said to have also made available to the EFCC some documents, including approvals to withdraw the $1.3 billion by Mrs Alison-Madueke.

In two other instances, Jonathan wrote on two other requests mandating the former minister to take part of the cash from either NNPC Security Vote Account or from the “Gas Fund”.

President Muhammadu Buhari on Wednesday arrived the Eagles Square venue of the Democracy Day celebration at 10.15a.m The…
byTayo Aderinola
No comments 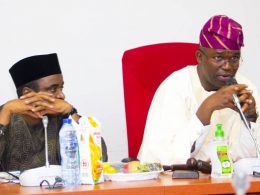 The Industrial Training Fund (ITF), Bank of Industries (BOI), Standard Organization of Nigeria (SON) and Small and Medium Enterprises Development Agency of Nigeria (SMEDAN) today appeared before the Senate Committee on Industries at the National Assembly to present and defend the 2023 budget proposals for their respective agencies.
byTayo Aderinola
1 share
1
0
0
No comments 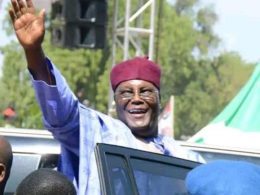 The presidential candidate of the Peoples Democratic Party, PDP, Alhaji Atiku Abubakar, has returned to Nigeria from the United Kingdom.
byTayo Aderinola
No comments